Government Shut Down and All I Got Was this Blog Post 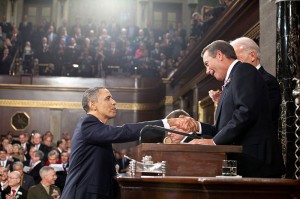 Molly Ball at the Atlantic reveals the sad truth about the now-lifted government “shutdown” (sad at least for advocates of rights-respecting government):

Democrats will get the government funded at levels they (grudgingly) sought in the first place, for longer than they originally sought, and without the looming threat of default.

In other words, government will go on violating people’s rights to the same degree or to a greater degree than it did prior to the partial shutdown.

The only apparent value of the shutdown is that it highlighted just how pervasively government violates people’s rights. We were reminded that the federal government controls vast tracts of recreational land that it has no compunction in using for political purposes. We learned that government regulations are so onerous that, when the government supposedly shuts down, it violates rights more severely than when it is fully operational—as by failing to issue permits that the government requires for operation. And we learned that, contrary to recent claims by some members of Congress, the vast majority still have no interest in scaling back the rights violations inherent in ObamaCare, or reining in government spending, or anything of the sort.

To move toward a government that permanently shuts down the right things in the right ways (by ending rights-violating programs) and that keeps open the aspects of government that protect rights, Americans must come to embrace the principle that the only proper purpose of government is to protect rights by banning physical force and fraud from social relationships. Congress works for the American people, and until the American people coherently tell Congress what it should do, Congress will continue doing more of the same.

View all articles by Ari Armstrong →
British Scientists Achieve Breakthrough in Alzheimer’s ResearchObamaCare: “What the Hell Kind of Reform Is This?”
Return to Top