Will TN U.S. Attorney William Killian Clarify that Individuals Have a Right to Criticize Islam? 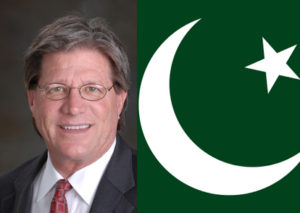 Tomorrow night the American Muslim Advisory Council will host a meeting in Manchester, Tennessee, themed “Public Discourse in a Diverse Society.” The two featured guest speakers are William Killian, U.S. attorney for the Eastern District of Tennessee, and Kenneth Moore, special agent in charge of the FBI’s Knoxville Division.

A report from the Tullahoma News claims, “Killian and Moore will provide input on how civil rights can be violated by those who post inflammatory documents targeted at Muslims on social media.” Given that this report easily can be read to imply that the federal government will crack down on free speech critical of Islam, it is understandable that the newspaper story has raised the hackles of various writers:

Although I know of no instance of Killian actually stating that he intends to use federal law to clamp down on speech critical of Islam, if the line about inflammatory speech is true, then there is certainly cause for concern.

However, there are some reasons to doubt that Killian plans an assault on free speech. The line from the Tullahoma News about “inflammatory” speech is a paraphrase, not a direct quote. The newspaper provides some important context: A local county commissioner, Barry West, “showed a picture of a man pointing a double-barreled shotgun at a camera lens with the caption saying, ‘How to Wink at a Muslim.’” Killian was responding, at least in part, to this case.

Killian also released a statement (forwarded to me by his office) in which he specifically refers to threatening speech:

This community forum is an educational effort to inform the community about civil rights laws as they play into the exercise of religious freedom. Our purpose is to simply facilitate discussion towards the goal of greater tolerance, understanding and peaceful community relations, as well as to inform the public about what federal laws are in effect and what the consequences are for violating them, including what speech is protected and what speech could be considered a threat under the law.

Perhaps some of Killian’s critics have been too quick to cast him as an enemy of free speech. Whether he is or isn’t, we will find out in short order. In any event, Killian has been too slow to articulate his commitment to recognizing and protecting the right to freedom of speech, including when that speech offends Muslims.

View all articles by Ari Armstrong →
Letter to the Editor
Dr. Jane Wright Has Died, But Her Work Will Forever Save LivesGet Government Out of Student Loans
Return to Top