“There Are no Values” through Islam 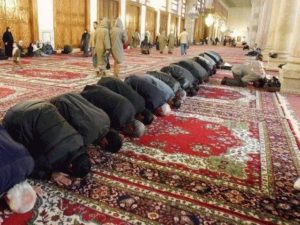 Boston bombing suspect Tamerlan Tsarnaev once said, complaining about American culture, “There are no values anymore.” What his actions demonstrate is that there are no values through Islam, the religion to which he turned for guidance and meaning.

According to the FBI, “in early 2011, a foreign government” informed the Bureau that Tsarnaev “was a follower of radical Islam [i.e., he took the religion seriously] and a strong believer.” What “values” did he then embrace? An indication can be found on YouTube, where Tsarnaev created a “terrorists” playlist and “liked” a video proclaiming that “no one can stop jihad.” Further indication of his “values” can be seen in his terrorist actions at the Boston Marathon.

Tsarnaev turned to Islam for “values,” and what he got was murderous rage against the United States, against Americans, against life, liberty, and the pursuit of happiness. . . .