Dr. Jane Wright Has Died, But Her Work Will Forever Save Lives 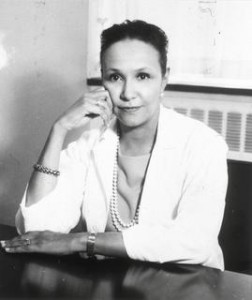 Wright made her key discovery after observing the symptoms of patients, including her father, who were being treated for exposure to mustard gas during World War I.* These patients, she noticed, had low white blood cell counts, in contrast to sufferers of leukemia whose white blood cell counts were unusually high. From this she reasoned that some of the chemicals found in mustard gas—a deadly and, ironically, carcinogenic chemical—might be useful in the treatment of leukemia.

This spurred Wright’s interest in chemotherapy, which was then a new and relatively unsophisticated field, and she proceeded to develop the technique of testing potential cancer drugs on cultures of human tissue in a petri dish, a process that made drug testing faster and more reliable. She also pioneered the use of the drug methotrexate in chemotherapy, which is now widely used in the treatment of breast and skin cancers.

Although cancer treatments, including chemotherapy, cannot always cure the disease and can induce terrible side effects, they have cured cancer in many patients and have prolonged the lives of many more.

Here’s to the life, thought, and work of a great scientist, researcher, and hero, Jane Wright, whose life-giving work will live forever.

* Although the Telegraph reports that Jane's father Louis Wright suffered a mustard gas attack in WWII, he actually served in WWI.