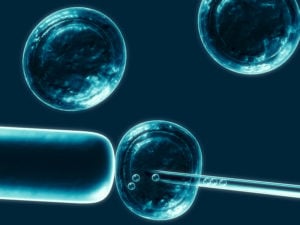 For the first time, scientists have created human embryos that are genetic copies of living people and used them to make stem cells.

If replicated in other labs, the methods detailed . . . in the journal Cell would allow researchers to fashion human embryonic stem cells that are custom-made for patients with Alzheimer’s disease, diabetes and other health problems. Theoretically capable of reproducing themselves indefinitely, these stem cells could be used to grow replacements for a wide variety of diseased cells—those of the blood, skin, heart, brain, muscles, nerves and more—that would not risk rejection by the patient’s immune system.

The technology employed by the OHSU scientists, called somatic cell nuclear transfer, has been used before but with little success. The breakthrough, notes Healy, is in method:

In past efforts . . . , researchers have burned through dozens of donor eggs without getting any embryos to even the 16-cell stage at which stem cells become a remote possibility.

Imagine a future in which doctors can grow genetically perfect replacements for diseased cells and install them as necessary.

Here’s to the heroic men and women working to make it a reality.

View all articles by Michael A. LaFerrara →
The Summer Issue of The Objective StandardSuperman’s Moral Ambitiousness
Return to Top