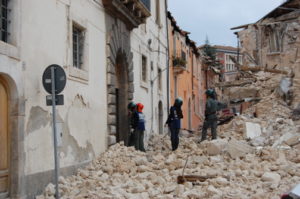 In October 2012, an Italian court convicted six scientists and one government official on the charge of manslaughter, sentencing them each to six years in prison. The alleged crime: their failure to predict a 2009 earthquake resulting in the deaths of 309 people. As of last month, all seven defendants have filed for appeals, arguing the universally-held view in the field of seismology that precisely predicting seismic events is almost always impossible.

Italian courts would establish disastrous precedents by allowing the convictions to stand. The ruling of Judge Marco Billi in convicting the seven men establishes the principle that intellectuals are legally responsible not simply for errors in the practice of their profession or faulty advising, but for the limitations of their field. It demands from them not rationality, but omniscience, and requires that they have knowledge and abilities exceeding the capacities of modern science. It engenders a culture in which those who seek to understand the world through scientific inquiry are in greater danger for every successive measure of knowledge and expertise they achieve, and in which independence, intelligence, and achievement become a man’s greatest liabilities. . . .

View all articles by Slade Mendenhall →
Why "Sacrifice" Means Loss, Not GainMelissa Harris-Perry Says Your Kids “Belong to Whole Communities”
Return to Top