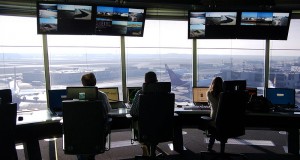 While the bill may have quelled public unrest and ensured congressional members a timely flight home for their springtime recess, the legislation merely provided a bandage to hide a much larger problem: the federal government’s monopoly on air traffic control.

Rather than recognize the moral rights of airlines and airports to choose their desired air traffic control providers in a competitive and free market, the federal government protects its inefficient, taxpayer-subsidized, rights-violating system by erecting legal barriers to entry, preventing competition.

Even though the air traffic system is there to benefit those who fly planes and pay aviation user taxes to support it, that’s not how the FAA operates. The “customer” the FAA has to keep satisfied is Congress, not aircraft operators or travelers. That’s because it is Congress that provides the FAA with its budget. And Congress loves to assert its control—in the name of protecting taxpayers’ money, of course.

In a free market, in which government protects rather than violates the rights of airlines and airports to freely contract with willing traffic control providers, air traffic controllers would, of necessity, provide better service at lower cost.

Fifty-one nations have made the move to privatize air traffic control, and many—including Canada, Great Britain, and Spain—have reported successful results. The United States should follow their rational example.

View all articles by Zachary Huffman →
Louis C.K. Schools David Itzkoff on the Cause of SuccessEstimated Oil in the Bakken Region Doubles
Return to Top