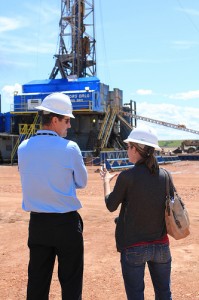 Recently the U.S. Geological Survey (USGS) increased its estimate of the recoverable oil in the Williston Basin spanning parts of Montana and the Dakotas—the region famous for Bakken shale. The USGS’s new estimate of 7.34 billion barrels is twice that of its 2008 estimate. And its 2008 figure was 25 times higher than that of 1995!

What about natural gas? From 2008 to now, the USGS expanded its estimate of recoverable natural gas from 1.85 to 6.72 trillion cubic feet. As for “natural gas liquids,” the USGS bumped its figures from 148 to 527 million barrels.

Energy producers have achieved these astounding advances by using horizontal drilling and hydraulic fracturing to drill more than 4,000 new wells in the Williston Basin since 2008. And they increased their technological know-how as they went. For example, rock and fluid specialists applied new information about subsurface geology to develop additional layers of shale beneath the Bakken—shale previously deemed useless.