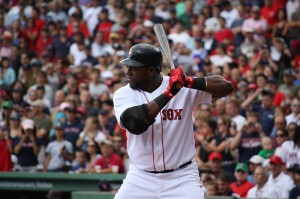 During a pre-game ceremony at Fenway Park last weekend, the Boston Red Sox commemorated the city’s return to normalcy following the capture of the Boston Marathon bombers. Addressing the crowd, and on live television, popular Red Sox slugger David “Big Papi” Ortiz shouted, “This is our f***ing city, and nobody is going to dictate our freedom.”

This (ironically) violated the rules of the Federal Communications Commission, which precisely dictates what Americans may and may not say on television.

Fortunately for Ortiz and the Red Sox organization, the FCC decided not to take action against them. FCC Chairman Julius Genachowski wrote on the agency’s official Twitter account, “Ortiz spoke from the heart. . . . I stand with Big Papi and the people of Boston.”

On the surface, the FCC’s decision not to take action in this instance is good news. This was a heated moment in the wake of a terrorist attack that murdered and maimed Americans. Moreover, the government should not punish anyone for speaking his mind anyway (unless doing so incites violence or violates rights in some other way). But the leniency here is also chilling, as it highlights the arbitrary nature of the agency’s political power. Indeed, while the FCC is letting the Red Sox off the hook, the agency may proceed to punish CBS for Joe Flacco’s exuberant use of the same f-word after the Super Bowl earlier this year. Surely Flacco “spoke from the heart,” too. But whether the FCC will “stand with” him or against him depends on the preferences of the agency’s bureaucrats.

Although the informal tone and manner of Genachowski’s absolution of Ortiz conveyed support for the city, its underlying message is ominous. The fact that the FCC made an official statement at all serves as a reminder that speech in the United States is broadcast not by right but by permission.

For an indication of why this issue is crucially important to a free and civilized society, ask yourself a simple question: Given that the FCC is empowered to arbitrarily decide when people may and may not use certain words, what is to stop the agency from arbitrarily deciding when people may and may not refer to Muslim terrorists as Muslim terrorists?

There is no place in a free country for an agency that regulates speech. Decisions about the content of broadcasts properly belong to private individuals and businesses who are free to deal with each other (or not) as they see fit. If a broadcaster chooses to permit profanity, a viewer who is offended by such speech can exercise his prerogative in a manner consistent with freedom: He can change the channel.