Introduction to “The End of Central Banking, Part I” by Richard M. Salsman 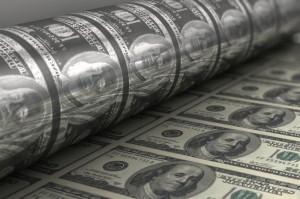 Here is the introduction to Richard Salsman’s article “The End of Central Banking, Part I,” from the forthcoming (Spring 2013) issue of The Objective Standard:

This year marks the centenary of the law establishing the U.S. central bank, the Federal Reserve (Fed), so it’s an appropriate time to assess the role of central banking and the Fed’s long-term performance. Another reason to focus on central banking is its recent vast expansions in both paper-money creation and government debt monetization.

Although retrospectives on the Fed’s centenary may proliferate, few will address truly fundamental issues, such as: What is the purpose of central banking? Why did proponents of central banks seek to establish them, and what defects (if any) marred the systems they displaced? How have central banks performed historically? Have they fostered sound money, safe banking, and economic prosperity? If not, should central banks still exist? Such questions are rarely asked. Most people who write about the Fed presume central banking is a legitimate or necessary aspect of the economy and focus on how central banks now behave or might better behave in the future.

The broadest fact that few people grasp about central banking is that it is essentially central planning applied to the realm of money and credit. Central banks, in their essential features and functions, operate as branches of government to facilitate government spending and growth of the state. As government grows and spends more, politicians seek to avoid the electoral consequences of raising taxes and try to rely more on borrowing and printing money, policies that central banks uniquely facilitate. Although proponents and practitioners of central banking may deny this thesis and insist that central banks exist to cure “market failures”—and although most economists today resist the idea that the primary aim of central banking is to enable government spending—an examination of historic and economic facts reveals the truth.

The title of this two-part essay, “The End of Central Banking,” has a double meaning: The first pertains to the “end” in the sense of its purpose, the second to its “end” in the sense of its termination. Part I will elaborate the theme that central banking is a form of central planning—specifically, a means of funding fiscally profligate states—by explaining the essential features and functions of central banking, considering some candid claims from its practitioners, and examining its origin and evolution. Part II will examine the theory and practice of free banking based on gold; how it is consonant with the principles of constitutionally limited government; and how central banking, despite its current power, can be safely and swiftly dismantled and replaced with a free, economically sound monetary system.

Also in the Spring issue of The Objective Standard: “Christianity: Good or Bad for Mankind?”—a debate between Dinesh D’Souza and Andrew Bernstein; “Why ‘Big Government’ is Not the Problem” by Eric Daniels; an interview with Robert G. Natelson on “State-Driven Amendments to Restrain Federal Spending”; plus movie reviews, book reviews, letters to the editor, and much more.

Subscriptions to TOS start at just $29, and all subscriptions provide full access to six years’ worth of in-depth articles and reviews from an Objectivist perspective. Subscribe now!

View all articles by TOS Admin →
Letter to the Editor
“Christianity is Only the Second Worst Evil in Western History? I Agree.”Skunk Works to Deliver “Energy for Everyone”
Return to Top