So 7.8 Percent Unemployment is Good News? 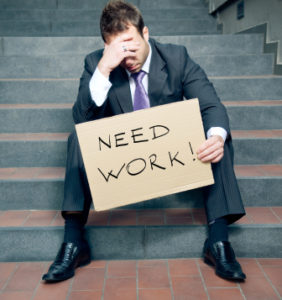 In a striking indication that an economy hovering barely above recession is becoming the “new normal,” the president and much of the media heralded the September unemployment figure of 7.8 percent as great news. In fact, as the Wall Street Journal puts it, “the real news . . . is that the jobs market still stinks.”

Consider some of the less-reported figures from the Bureau of Labor Statistics:

And of course the unemployment figures hardly tell the whole story: Many of the existing jobs were created by government “stimulus” programs, the Federal Reserve’s inflationary policies, or direct government hires. Such jobs add little if anything to the long-term productive output of the nation in terms of real wealth, the kind that actually benefits people’s lives.

Government facilitates prosperity when it protects the rights of individuals to produce peacefully, trade consensually, and enjoy the full fruits of their labor. In many cases our government violates rights instead, and one of the consequences is the sluggish economy.

View all articles by Ari Armstrong →
Sesame Street to PBS: “Don’t Be a Bully”Mistakes People Make in Thinking about Ethics
Return to Top