Will the 58 Percent Save America? 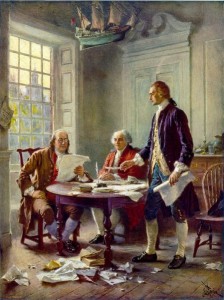 For those of us on the right—we who advocate political freedom and limited, rights-protecting government—the glow of Independence Day celebrations was dimmed by the SCOTUS ruling on ObamaCare that immediately preceded the holiday.

Fortunately, there is somewhat brighter news to be found on the subject of American liberty.

According to the Pew Research Center’s Global Attitudes Project, Americans remain committed to the spirit of the Declaration of Independence. Pew asked:

What's more important in society—that everyone be free to pursue their life's goals without interference from the state or that the state play an active role in society so as to guarantee that nobody is in need?

Unfortunately, that 58 percent has not halted the steady expansion of government interference, let alone reduced it. This is because regardless of what Americans say about their love of liberty, many continue to accept the contradictory premise that an “active [state] role in society” and a “social safety net” are compatible with non-interference from the state.

Americans desperately need to learn that it is either/or: Either you have the moral right to act on your judgment and to keep and use the product of your effort, or you don’t. Until enough Americans learn this vital truth—and the fact that we do have such a right—our stated preferences for liberty will not change the statist nature of our political system.

The Pew poll indicates that the basic principle expressed in the Declaration of Independence still resonates, at least in the abstract, with Americans. To bring this principle to bear on our political system, however, we must help the 58 percent achieve the moral certitude necessary to embrace the principle in practice.