Sesame Street to PBS: “Don’t Be a Bully” 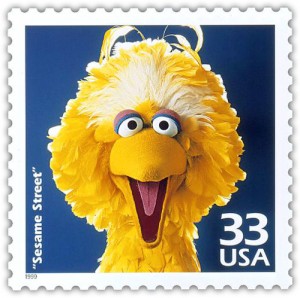 Should Sesame Street’s Big Bird or the like receive tax dollars? Not according to wise and fair Sesame Street characters.

Mitt Romney took that position, too, when, during the first presidential debate, he said:

I will eliminate all programs by this test: Is the program so critical it's worth borrowing money from China to pay for it? And if not, I'll get rid of it. Obamacare's on my list. . . . I'm sorry, Jim, I'm going to stop the subsidy to PBS. I'm going to stop other things. I like PBS. I love Big Bird. Actually like you, too. But I'm not going to keep on spending money on things to borrow money from China to pay for [it].

Although the proper test for the legitimacy of a government program is not whether “it’s worth borrowing money from China to pay for it” but whether the program protects individual rights by banning force from social relationships, the fact that Romney recognizes the need for a test or standard is a step in the right direction.

Ironically, Sesame Street characters teach children that it’s wrong to take things from others by force. For instance, in the video “Don’t Be a Bully,” a group of muppets play with a ball, tossing it back and forth. Then another character grabs the ball, saying, “Me ball!” One of the characters explains that this “wasn’t nice. He took ball. Acted like a bully, being mean to all.”

Of course, if PBS stopped acting like a bully, if it stopped taking other people’s money by force, that would hardly spell the end of such programming. The Christian Science Monitor explains:

As Forbes contributor and tax lawyer Kelly Phillips Erb points out, only about 12 percent of PBS’s funding, funneled through the Corporation of Public Broadcasting, comes from the government subsidy. 60 percent, meanwhile, comes from private donors and grants, as well as dues paid by PBS’s 350-plus member stations. Eliminating the $445 million set aside in the federal budget for PBS would be a blow, no question. But it wouldn’t be the end.

It is morally wrong for PBS to say, in effect, “Me money!” and have the government take citizen’s money and hand it to the broadcaster. PBS should stop “act[ing] like a bully, being mean to all.” The moral principle here is so simple that even Big Bird and his friends can understand it. Shouldn’t Jim Lehrer and his leftist friends be able to grasp it too?