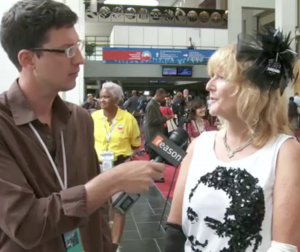 Democrats often claim they are “pro-choice,” yet usually they fundamentally oppose a person’s moral right to live his own life and make his own choices unhindered by the coercion of others.

Zach Weissmueller of ReasonTV brilliantly exposes the left’s hypocrisy concerning “choice.” Of course, when Weissmueller asks Democrats at the party’s convention if they are “pro-choice,” they all say yes. What they really mean is no, as they reveal in answering Weissmueller’s follow-up questions.

Consider some of the exchanges:

Weissmueller: There [have] been trans-fat bans in certain states, bans on large sodas. Are you pro-choice in terms of what you put in your own body?

Democrat: I think a lot of people make harmful decisions. There’s alcohol, there’s cigarette smoking. So I understand the government trying to intervene, because the American taxpayer pays a lot of money for fat people. . . .

Weissmueller: Chuck Schumer was pushing the ban of Four Loko, which is a combination of caffeine and alcohol. That seems like a clear taking away of a choice. Would you not agree with that?

Democrat: Well, is it really a choice? You’re deciding to do something that’s not healthy for you. . . .

Weissmueller: Should consumers have a choice in what kind of light bulbs they want to buy?

Democrat: No, they shouldn’t, because they’re polluting the earth.

Even when it comes to issues of birth control and abortion, such Democrats are not “pro-choice”—they want to deny people’s right to choose whether to fund those things for others. To such Democrats, “pro-choice” means only that they want to force others to finance the choices they make for themselves. In no circumstances do they want to leave others free to make their own choices.

Subscribe to the
Journal for People of ReasonWhat these Democrats fail to see is that “choice” is not a political fundamental; individual rights, are. Government properly protects people’s rights to make whatever choices they deem best with their own lives and property, consistent with the rights of others. The only “choices” that should be forcibly outlawed are those that violate the rights of others, such as seizing others’ wealth or regulating their peaceable behavior.

True advocates of liberty, then, are “pro-choice” because they are “pro-rights,” and they stand only for laws that protect rights.

View all articles by Ari Armstrong →
Eastwood Reminds Us Whose Country This IsSchiff Exposes the Nihilistic, Anti-Profit Left
Return to Top