Eastwood Reminds Us Whose Country This Is 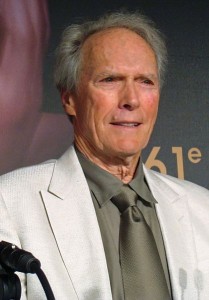 Often the left mocks someone to the degree of his effectiveness in showing the irrationality of the left. Clint Eastwood is their latest target, indicating that his speech at the Republican Convention found its mark.

No, Eastwood’s talk was not very substantive—after all, this was a movie star speaking at a political convention. Yet, in addition to offering some great zingers against Barack Obama and Joe Biden, Eastwood offered some plain-spoken truths that the nation desperately needs to hear.

Though he did not explain the political causes of today’s high unemployment rates, Eastwood rightly noted that the lack of jobs is “a national disgrace.” Indeed it is.

I would just like to say something, ladies and gentlemen. Something that I think is very important. It is that, you, we—we own this country. We—we own it. It is not you owning it, and not politicians owning it. Politicians are employees of ours.

Or, in the words of the Declaration of Independence, “Governments are instituted among Men, deriving their just powers from the consent of the governed.” (Eastwood’s imprecise use of the term “own” did not obscure his intended point.)

Eastwood also told Americans, “You are the best.” Although he did not elaborate this point, insofar as America upholds its founding ideal of protecting individual rights, it remains the greatest nation ever created.

It’s about time that Americans remember what made America great—and recommit ourselves to the principles of liberty. Eastwood didn’t convey this message like a politician, but he conveyed it like an American. Kudos to him for that.