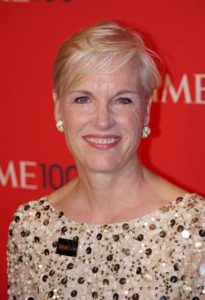 Planned Parenthood claims to uphold freedom of choice for women in planning their families and their broader lives. Yet the organization seeks to force people to buy birth-control insurance coverage against their will (whether they use birth control or not). Thus, Planned Parenthood is anti-choice when it comes to people’s economic decisions—a position that ultimately threatens the right to get an abortion as well.

As the Christian publication LifeNews.com reports, Cecile Richards, the president of Planned Parenthood, supports President Obama’s mandate to force insurance companies to provide—and their clients to purchase—plans that cover birth control. Planned Parenthood of the Rocky Mountains tweeted, “Health insurance should cover birth control because millions of women need it.”

The birth-control mandate violates the freedom of choice of women, men, and insurance providers. While many claim the mandate provides “free” birth control, that is a ridiculous lie; the cost is merely rolled into insurance premiums. Thus, the mandate is a massive wealth-transfer scheme that forces those who do not wish to buy birth control to pay for the birth control of others.

For example, my wife and I have not used birth control for many months because we’re actively trying to have a baby; forcing us to finance the birth control of others through our insurance premiums is a violation of our rights. In addition, gay couples, couples with medical issues causing infertility, and women beyond the age of fertility usually have no need for birth control, and they should not be forced to buy it for others. (If the government forcibly prevents insurance companies from raising premiums to cover the new costs, that will merely result in cost-cutting elsewhere; in either case, the cost is borne by those insurance clients who do not use birth control.)

View all articles by Ari Armstrong →
The Government Should Extend Freedom, not HARPAs Kodak Exits Camera Business, Remember the Genius of George Eastman
Return to Top