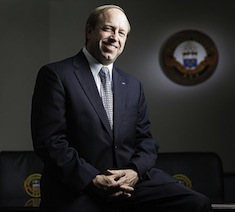 Why have fifteen states joined the Department of Justice in persecuting several book publishers and Apple? Why do many in the media refer to the leaders of these businesses as “conspirators,” as though they were criminals? The producers are guilty of the heinous “crime” of selling digital books through willing retailers to willing customers—a violation of the rights of no one.

The Denver Post reports that “the publishers allegedly conspired with Apple and other publishers to artificially raise prices” for best-selling books to $12.99 or more. This, claims the Post, resulted in “overcharges” to consumers.

But by what standard is a price of $12.99 “artificial” or an “overcharge?” In a free market, willing sellers and customers agree to a price. Such a price is not “artificial”; it’s consensual, which is the only valid kind of price. Nor do businesses “overcharge” customers who willingly pay that price; rather, the parties trade value for value—an exchange in which each achieves a net gain.

The business of book publishing is a tough one, particularly given the constantly advancing digital revolution that is upending the traditional book printing and distribution industries. Authors must put in the hard work of researching and writing a book, and often they turn to publishers in hopes of earning the best compensation for their efforts. Publishers must select and edit texts, design and market the books, hire legal services, and so on. Retailers must provide secure internet sales, offer reliable downloads, advertise their products, and handle customer relations. These parties properly seek the highest return they can on their investments.

Publishers exercise no force over customers or anyone else. Those who do not wish to pay the asking prices are properly free not to buy the books. Publishers who believe they can make more money by selling more copies at lower prices are properly free to try that approach. Retailers who do not care for the terms offered by publishers are free not to carry their titles. Likewise, authors are properly free to submit their works to publishers of their choice—or to publish on their own. Whatever the choices of the various parties, the only legitimate job of government in this regard is to protect the rights of all parties to do business (or not) on voluntary terms.

Observe that the precondition of the government going after publishers for setting the “wrong” prices for books is that publishers (in conjunction with writers) have created books in the first place. If, rather than take on the arduous task of producing books, the people involved had loafed on the couch living on handouts, they would have been perfectly safe from the government’s allegedly corrective actions.

It is only because publishers chose to produce books that enormously enrich people’s lives that the government can now seek to dictate what publishers will and will not do with those values. And the government seeks not only to dictate the prices publishers may charge for books, but also to confiscate wealth from the publishers and “restore” it to consumers, whom allegedly it was somehow taken from by the publishers’ acts of production. As the Denver Post article reports: “Connecticut and Texas, two of the 15 states that filed the states’ lawsuit . . . reached agreements with Hachette and HarperCollins to provide $52 million in restitution [?!] to consumers.”

You read that right. For the “crime” of producing books and offering them for sale in the marketplace, the government seeks to make publishers pay restitution.

It is time to cast aside governments’ euphemisms about such actions and call them what they are: legalized extortion.