Limbaugh’s “Slut” Comment Typifies the Wrongs of the Right 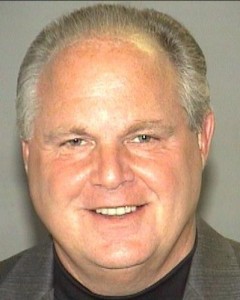 In response, conservative radio host Rush Limbaugh called Fluke a “slut,” the New York Daily News reports. Fluke fired back, saying Limbaugh’s “language is an attack on all women, and has been used throughout history to silence our voices.”

They’re both wrong. Limbaugh is obviously and absurdly wrong to imply that a woman who advocates the birth control mandate does so because she’s a “slut,” and Fluke is clearly wrong to claim that women have a right to “free” birth control.

In fact, the mandate violates the rights of women (and men) and disregards the “voices” of everyone forced to fund birth control against his will. For example, neither my wife nor I need to purchase birth control at this point in our lives (though we bought it out-of-pocket for many years), because we’re trying to have children. Yet the mandate forces us to pay higher insurance premiums to fund “free” birth control for others.

This spat between Limbaugh and Fluke is a microcosm of the irrationality driving the left and, unfortunately, many on the right. After the left succeeds in expanding some forced wealth transfer scheme—which is what the birth control mandate is—the unprincipled right reacts, not by identifying the fundamental issue (i.e., individual rights) and addressing it, but by resorting to inanity.

It’s simple: To defend America, the right must stand for rights.

Note: Because the original language in this post concerning Limbaugh’s “slut” comment was potentially misleading, I have altered it to be more clear. —AA

View all articles by Ari Armstrong →
Happy Birthday, Dr. Seuss—And Thanks for My Love of ReadingBureaucrats Demand You Stop Smoking… and Stop Not Smoking, Too
Return to Top