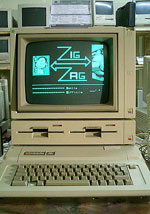 Kids React to Apple II: “Look at How Humanity Has Used Their Intellect!” 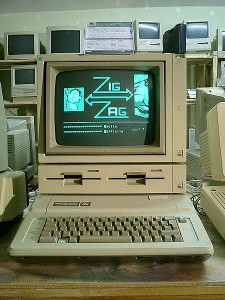 A recent YouTube video, “Kids React to Old Computers,” is a fun and profound way to mark the rapid advance of computer technology.

Children interviewed for the video have a variety of reactions to the Apple II, an innovative machine in its day—it was introduced in 1977—but now useful mainly as a museum piece or a doorstop. One boy comments, “It’s huge! It’s very huge.” A girl asks, “If you don’t have a desk, where do you put this?” She notes that, whereas today we have “apps, games, websites, everything,” the old computer by comparison “has nothing.” All the children find the command-based operating system to be bizarre and difficult to use.

After one girl gets a “syntax error” for typing in “Google,” the adult conducting the interviews points out the Internet had not yet been invented—a remark that shocks several of the children. “How do you look up your homework?” one girl asks.

A number of the children appreciate how far computer technology has come in the intervening years. An older boy remarks that, although the Apple II may have been “the peak of technology” when it was introduced, “now it seems kind of worthless.” A young boy says of the machine, “It’s kind of good because it was . . . the first technology [of its kind], but computers today are kind of better.”

The adult remarks, “You would need at least 850 of those [Apple II] computers to equal the single [computational] power of this one small [modern Apple] phone.” This prompts one girl to remark, “Technology is awesome.” A boy responds, “Look at how humanity has used their intellect!”

Yes, look at how people have used their intellect—and then consider how astoundingly better our lives are because they have.