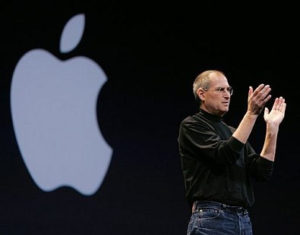 Few things could better illustrate the deep corruption of U.S. law than the Department of Justice’s grotesquely unjust assault on Apple, one of America’s most beloved and most successful companies. What is Apple’s alleged crime? It is contracting voluntarily with willing publishers to sell digital books to willing customers, thereby making life incalculably better for Apple’s employees and stockholders, the authors and publishers better-able to sell their books, and the readers eager to buy those books.

The DOJ’s investigation, reports Atlantic Wire, centers on “the company's apparent collusion with publishers on e-book pricing.” The notion that there is something wrong or “anti-competitive” with Apple agreeing with publishers on prices is ludicrous. Nothing can be sold in a free market except through a voluntary agreement on prices. Neither Apple nor the publishers violate anyone’s rights by agreeing to prices; instead, the companies thereby make their life-enhancing products available to those wishing to purchase them. Moreover, Apple has no ability to force any author, publisher, or reader to do business with the company; instead, the company relies exclusively on persuading others to voluntarily enter into a transaction. Anyone is free to compete with Apple by the same means—and many other companies do just that.

The only force involved here, the only anti-competitive activity, is that of the U.S. government. Rather than protecting Apple’s right to freely negotiate with publishers and readers, the government is attacking Apple’s right to do so. It is long past time for the Department of Justice to live up to its name and for the U.S. Congress to repeal the unjust antitrust laws.