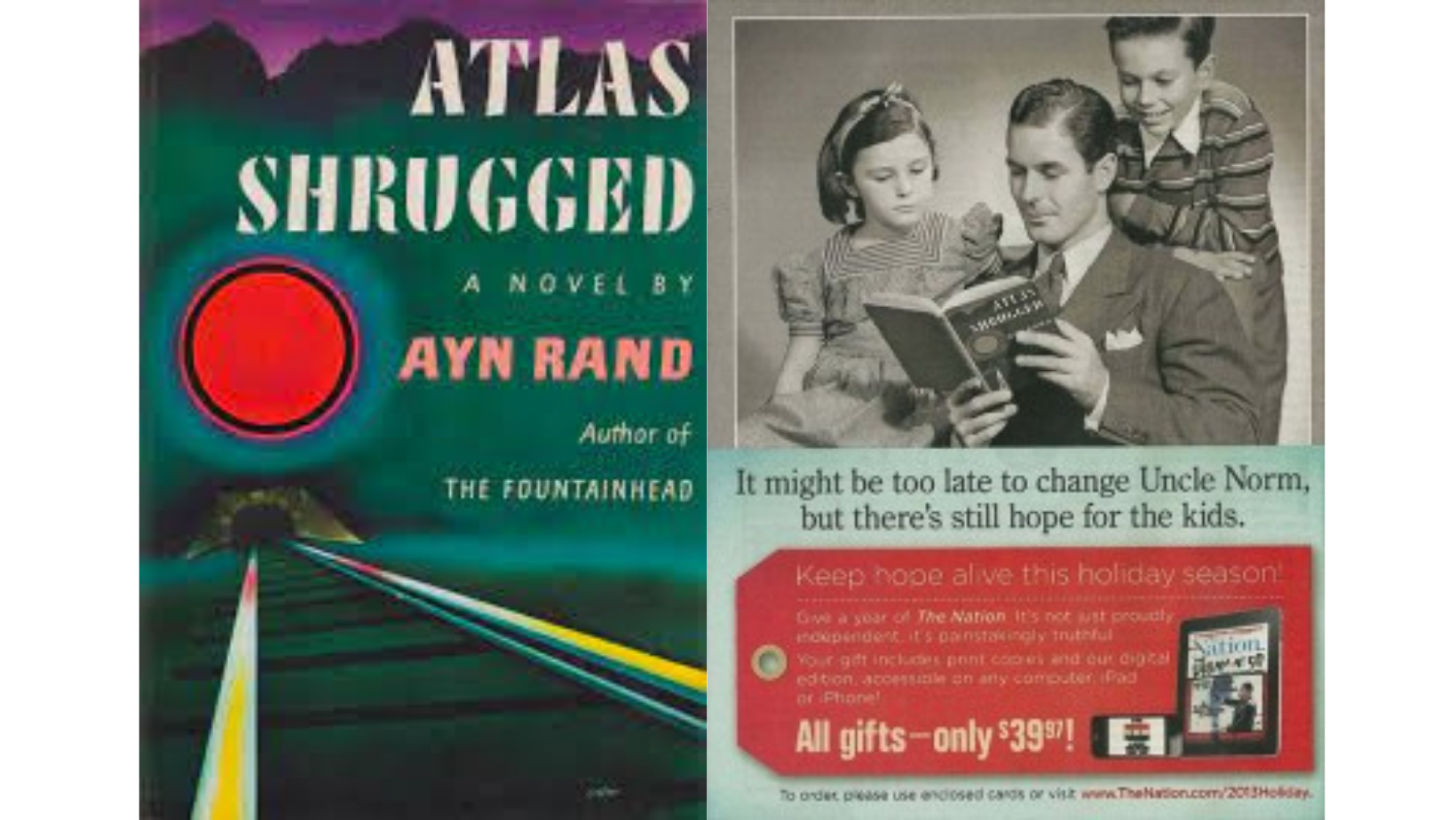 The leftist publication The Nation paid Ayn Rand a backhanded compliment by featuring a photograph of Atlas Shrugged in an advertisement for gift subscriptions.

The ad reads, “It might be too late to change Uncle Norm, but there’s still hope for the kids.” It claims that The Nation offers “proudly independent” and “painstakingly truthful” content—implying that Rand’s ideas are the opposite.

Consider the basic orientation of The Nation and of Rand’s philosophy to see which properly lays claim to pride, independence, and truthfulness.

The Nation promotes government policies that violate rights and make people ever more dependent on government—in defiance of man’s need of independence in order to live as a human being, by the judgment of his mind, and the pride that follows from such independence. By contrast, Rand’s philosophy explicitly upholds independence and pride among the primary virtues; it recognizes that, to live a human life, man must be free to act on the judgment of his own mind.

And of course, if you’re looking to purchase gift subscriptions to a periodical that genuinely champions the virtues of pride, independence, and truthfulness, that would be The Objective Standard.

View all articles by Ari Armstrong →
Letter to the Editor
From the Editor, Winter 2013Thomas Sowell, Richie Parker, and the Left’s War Against Achievement
Return to Top