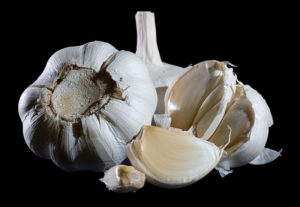 Forget the murderers, rapists, gangsters, kidnappers, child molesters, and slave traders. Some of Europe’s top bureaucrats and prosecutors are hot on the trail of . . . garlic smugglers.

So why would people smuggle garlic, of all things? The BBC reports that, starting in 2001, the European Union imposed “a 9.6% customs duty on foreign garlic—with an additional duty of 1,200 euros per tonne.” These taxes were “meant to prevent garlic growers in EU member states from being driven out of business by Chinese farmers.” According to court records, the net “tax on imported garlic was inexplicably high at more than 200%,” reports Ireland’s RTE News.

This always happens when government places high taxes on the exchange of widely traded goods: Some people start trading those goods without reporting the trades to the government; they become smugglers.

BBC reports, “Paul Begley, 46, of Rathcoole, County Dublin, avoided paying customs duty on more than 1,000 tonnes of garlic from China by having the shipment labelled as apples.” (A court recently overturned his six-year prison sentence, RTE News reports.) PRI reports that recently “$13 million of the winter root vegetable was confiscated in Sweden.” And NPR reports, “In 2010, Polish authorities seized six containers with 144 tons of Chinese garlic that had been smuggled into the country via the Netherlands.”

The garlic smugglers should not be morally condemned; if anything, they should be praised for helping Europe’s food buyers obtain garlic at market prices. Similarly, America’s revolutionaries smuggled tea to protest tyrannical British taxes. And, in both cases, the only people who should be morally condemned are those who imposed the rights-violating, anti-competitive tax policies in the first place.