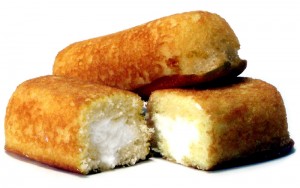 The news reads like the pages of Atlas Shrugged: The Bakery, Confectionery, Tobacco Workers and Grain Millers union forced Hostess Brands Inc.—makers of such products as Twinkies and Wonder Bread—into liquidation, and a judge has ordered the company and the union back to talks.

Hostess announced November 16 (prior to the latest court ruling):

[Hostess] is winding down operations and has filed a motion with the U.S. Bankruptcy Court seeking permission to close its business and sell its assets, including its iconic brands and facilities. Bakery operations have been suspended at all plants. . . .

The Board of Directors authorized the wind down of Hostess Brands to preserve and maximize the value of the estate after one of the Company’s largest unions, the Bakery, Confectionery, Tobacco Workers and Grain Millers International Union (BCTGM), initiated a nationwide strike that crippled the Company’s ability to produce and deliver products at multiple facilities. . . .

The BCTGM in September rejected a last, best and final offer from Hostess Brands designed to lower costs so that the Company could attract new financing and emerge from Chapter 11. Hostess Brands then received Court authority on Oct. 3 to unilaterally impose changes to the BCTGM’s collective bargaining agreements.

Hostess Brands is unprofitable under its current cost structure, much of which is determined by union wages and pension costs.

People have a moral right to form unions and other types of groups—just as employers have a moral right to negotiate or not negotiate with unions and to hire or not hire union employees. Unfortunately these moral rights are not recognized by U.S. law, which has for decades violated the rights of employers by granting coercive powers to unions—often forcing businesses to “negotiate” with unions and concede to their demands—resulting in higher unemployment, higher prices for consumers, and unsustainable production costs that have driven many companies out of business or overseas.

It is time for Americans to recognize the immoral, rights-violating, business-destroying, job-killing nature of coercive, government-backed unions. And it is time to repeal the laws that grant unions the power of the gun.

View all articles by Ari Armstrong →
Letter to the Editor
Review: The Dictator’s Learning Curve, by William J. DobsonChemo-Baths for Single Organs, A New Ear from One’s Own Tissue, and a Wealth of Knowledge for the Developing World: Good News Abounds
Return to Top