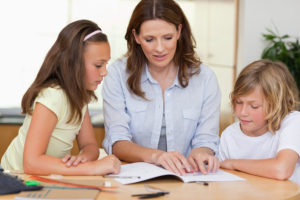 which would require parents or legal guardians seeking to remove children from public schools to go through background checks, have interviews conducted in their homes, and to allow their children to be interviewed separately in an effort to make sure the children are being protected from abuse.

The pretext for Cafaro’s bill was “to assure there [are] not new victims like Teddy.” “Teddy” refers to 14-year-old Theodore "Teddy" Foltz Tedesco, whose mother removed him from public school ostensibly to be homeschooled by her and her boyfriend, Zaryl G. Bush. Bush physically abused the boy for an extended period and ultimately beat him to death last January.

Although tragic beyond words, this murder does not justify government coercion against homeschooling parents who have done nothing wrong.

The Home School Legal Defense Association (HSLDA) called Teddy’s Law “breathtaking” in its intrusiveness. On December 19, after a flood of public opposition led by homeschooling parents, Cafaro withdrew the bill.

New Jersey legislator Loretta Weinberg introduced similar bills in 2003, 2011, and 2012 following tragic but isolated instances of child abuse by homeschooling parents, and the bills died in similar fashion—against a backdrop of vehement opposition from homeschooling parents. As HSLDA notes, these bills would have treated “every homeschool parent like a child abuser by requiring them to give their school system documentation of a medical exam every year for every homeschooled child.”

Weinberg’s legislation would also have imposed, for the first time in New Jersey, curriculum controls on homeschoolers, thus further violating parents’ rights to educate their children as they see fit. Weinberg’s law would have given the state, currently mostly free of regulations, “one of the worst homeschool laws in the nation,” says HSLDA.

Government should punish those who violate rights—as it did by sending Teddy’s mother and her boyfriend to prison—and protect the rights of the innocent. However, in the absence of specific evidence of child abuse, government has no right to interfere with parents’ choices regarding their children’s education.

The homeschooling parents in Ohio and New Jersey who defended their rights by defeating these regulations deserve our moral support.