I recently had the pleasure of interviewing Steve Simpson, a senior attorney at the Institute for Justice. Among Mr. Simpson’s many accomplishments, he authored a friend-of-the-court brief in the landmark case Citizens United v. FEC, served as lead counsel in SpeechNow.org v. FEC, helped overturn aspects of Colorado’s campaign finance laws that restricted people’s ability to fund political speech, and helped overturn New York’s ban on direct shipping of wine. Simpson has contributed articles to Legal Times, The Washington Post, the Chicago Tribune, and The Washington Times, among other outlets. He is also the author of “Citizens United and the Battle for Free Speech in America,” which was published in the Spring 2010 edition of The Objective Standard. —Ari Armstrong 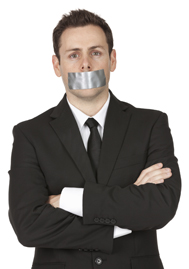 Ari Armstrong: Following the Supreme Court’s Citizens United decision of 2010, the left has continued to evade the fact that corporations—including newspapers, nonprofits, and businesses large and small—are composed of individuals with inalienable rights. This enables the left to systematically ignore the violations of individual rights inherent in the censorship of corporations’ political speech. How does the left get away with this? And what motivates them?

Steve Simpson: I think the answer ultimately comes down to what Objectivists would call the anti-conceptual mentality, which results in two key errors in this context. First is the failure to distinguish between economic “power” and political power, or efforts to convince and efforts to compel.

A lot of people (mostly on the left, but often on the right as well) view corporations, “big business,” and the rich as having power over individuals that is similar to the power that governments possess, which is the power to compel. If you think spending money in voluntary transactions amounts to force, then you are going to want to control that spending, even when the money is used to buy speech that attempts to convince people to vote one way or the other. . . .