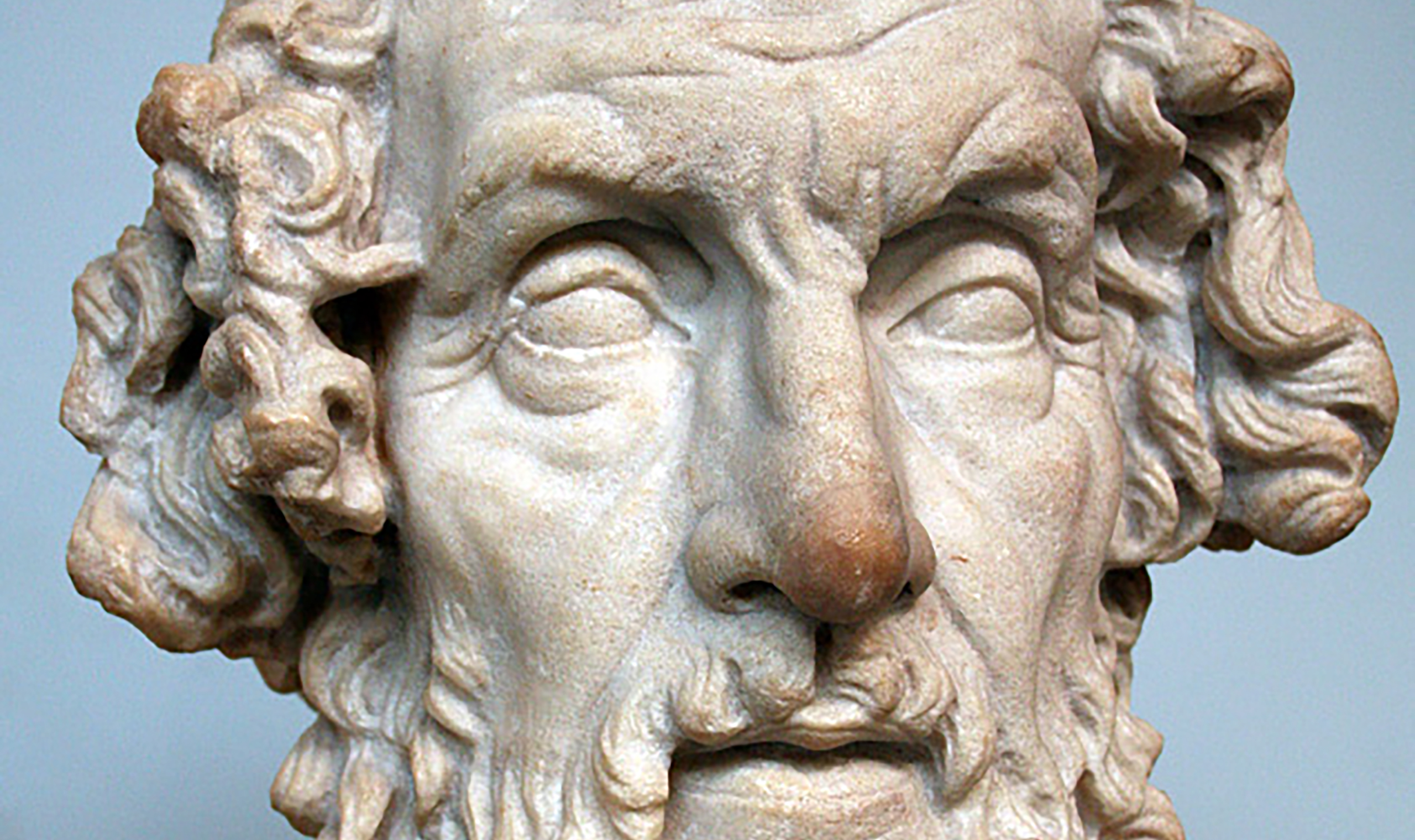 Released into the public domain (by the author).
History,  Philosophy

The Rise and Fall of Ancient Greek Justice: Homer to the Sermon on the Mount

I begin with the murders of two daughters, from two different sets of parents, and ask: How did their mothers react to these crimes?

Our first story goes back to Homer—or more accurately, to a story that (if based in fact) took place during the Greek Bronze Age, in the 13th century BC. This is the story of Iphigenia­, at the outset of the Trojan War (part of which is described so poignantly by Homer).1

A Trojan prince named Paris ran off with Helen, the wife of Menelaus, who was the brother of Agamemnon, the mightiest of the Greek kings. Agamemnon responded by leading the Greeks against Troy, and he did so in the name of justice and with Zeus’s blessing. The Greek ships and troops—from all over the Greek mainland and islands—met at Aulis, from which they would together launch their attack on Troy. But the north winds pinned them down. A seer told the Greek leaders the reason for their misfortune: the goddess Artemis wants blood, and the only way to satisfy her is for Agamemnon to sacrifice his own daughter, Iphigenia­.2 So Agamemnon is faced with a choice: Go home and spare his child, or sacrifice his child and go to war. He chooses the latter: the possibility of victory in war—with the honor, plunder, and revenge that entails—over his own daughter’s life and his own family’s happiness.

How did Iphigenia’s mother, Clytemnestra, take this?3

Back in Argos, she took a lover (Aegisthus, a cousin and enemy of Agamemnon) and patiently waited for the war to end, and for her husband to return. After ten years, she hears that the war is over, and is waiting for Agamemnon when he arrives. She acts like a dutiful wife, welcomes him with open arms, beckons him into the palace to take a bath, and when he does so, she kills him brutally. (She also kills the Trojan princess Cassandra, one of Agamemnon’s prizes.) In Aeschylus’s play Agamemnon, the killing occurs offstage. Clytemnestra appears afterward, covered in blood, and declares:

So long my mind has been preparing for this, this trial of ancient vendetta. Now the day has come, I stand here where I struck, and the deed is done. This was my work, I do not deny it; he could not have escaped his destiny. I cast my vast net, tangling around him, wrapping him in a robe rich in evil. I struck him twice and he screamed twice, his limbs buckled and his body came crashing down, and as he lay there, I struck him again, a third blow for Underworld Zeus, the savior of the dead. He collapsed, gasping out his last breath, his life ebbing away, spitting spurts of blood, which splattered down on me like dark sanguine dew. And I rejoiced just as the newly sown earth rejoices, when Zeus sends the nourishing rain on young crops (lines 1377–92).4

Clytemnestra believes justice is on her side—that Agamemnon got what he deserved.

Some ancient Greeks would have questioned Clytemnestra’s actions, saying, for example, that she should not have killed Cassandra, who was an innocent; and that, as a woman, she should not have taken it upon herself to decide the fate of a great king. But the Greeks would have understood her claim that, in killing Agamemnon, she acts from justice—that it was understandable and right for a parent to act this way in response to the murder of her child.

We now move more than three millennia into the future. The year is 1993. Amy Biehl, a 23-year-old Stanford University graduate student on a Fulbright scholarship, is working in South Africa, around the time apartheid is coming to an end, for what she considers “social justice.” She devotes most of her time to altruistic causes.

On the evening of August 25, she was driving through the Gugulethu township outside of Cape Town, when she encountered a Pan-African student organization, chanting—among other things—“One Settler, One Bullet” (i.e., they believed white farmers should be shot). When they saw this white woman, they stopped her, dragged her from the car, and proceeded to beat, kick, stone, and stab her to death.

Four of the men involved were found guilty and sentenced to eighteen years in prison.

In 1997—four years after the murder—they applied for amnesty under the terms of the Promotion of National Unity and Reconciliation Act of 1995. How did the parents of Amy Biehl react? They flew to South Africa and spoke in favor of amnesty for the murderers of their daughter. They shook hands with these men, and spoke of the need for going into the future with arms linked.

The murderers of Amy Biehl, with the help of her parents, were released in July 1998. Two of them were later hired by the Biehls to work as employees of the Community Baking Trust in Cape Town, delivering loaves of Amy’s Bread: The Bread of Hope and Peace.

We know what Clytemnestra did a decade after the murder of Iphigenia. In contrast, approximately a decade after the murder of Amy Biehl, her mother stated in an interview: “They are not murderers, but they are amazing and beautiful young men.” Bishop Desmond Tutu commented: “What was so remarkable was not only that they forgave the killers of their daughter, but that they went so far as to rehabilitate them.”5

What accounts for these two radically different reactions to the death of one’s child? That is what I want to make clear, for the difference, fundamentally, is that one is the expression of ancient Greek justice, and the other of the Christian conception of justice. In what follows I show that on the issue of justice, the ancient Greeks eventually came admirably close to the truth—a truth that was then overturned by the triumph of Christianity, a fact that still haunts us today. . . .

1 The main sources for this story are Homer’s epics, Aeschylus’s Oresteia (the trilogy made up of Agamemnon, The Libation Bearers, and The Eumenides), and Euripides’s Iphigenia in Aulis and Iphigenia among the Taurians.

2 We need not concern ourselves with Artemis’s reasons, as they do not form part of the action of the play. According to the chorus of Aeschylus’s Agamemnon, they involved Artemis being an ally of the Trojans and thus wanting to harm the Greeks (see lines 126–39).

3 She had been tricked into sending Iphigenia to Aulis with a supposed promise of marriage to Achilles. (See Euripides, Iphigenia in Aulis.)

6 This is an instance of the fallacy of denying the antecedent.

10 Both formulations of traditional Greek justice can be found in Plato’s Republic (see 1.331e and 332d).

13 To give a more recent example, in the film The Godfather, when Michael Corleone is in Sicily, he asks his entourage where all the men are, and one of them answers quite naturally: vendetta. The men have all been killed because of disputes between warring families, and the idea—accepted by all parties—that honor and justice demand that one strike back at the family that has harmed one’s own family.

16 Owing to limitations of space, I cannot discuss the ancient Greek playwrights. But note that each of the big four (Aeschylus, Sophocles, Aristophanes, and Euripides) presented some view on the conflict between traditional Greek religion (including its conception of justice) and the appearance of philosophy and science (and the Sophists), and what that appearance might mean for Greek culture and morality. But none of them provided a rational and complete solution to any of these problems or a rational alternative. For that, philosophy was necessary. (I discuss each of these Greek dramatists and their connection to 5th-century intellectual trends in Reason in Ancient Greek Drama, available from the Ayn Rand Bookstore. For Aristophanes’ views on justice, see the introduction to my translation of his Assembly of Women [Prometheus Books, 1997], pp. 10–33.)

18 “Spirit” is a usual, but imperfect, translation of the Greek thumos, which refers to the part of the soul connected to such emotions as anger and getting psyched for battle or athletic competition.

20 The sole support for such a view in Aristotle is the brief, cryptic De Anima 3.5, which at most defends the immortality of part of the faculty of reason or intellect ( nous)—that is, there is, according to Aristotle, no personal immortality. (Aristotle raises the possibility of the immortality of part of the soul at the end of De Anima 2.1, though in the rest of the chapter he argues for the intimate connection between soul and body.)

22 All of the quotes and paraphrases concerning Aristotle’s conception of justice come from Nicomachean Ethics 5 (translations are my own). See especially chapters 4–8.

23 I do not have the space even to sketch the complex history of ancient Greek justice in the post-Aristotelian, Hellenistic period—that is, from the death of Alexander the Great to the Rise of Rome and her complete conquest of what had been the ancient Greek-Macedonian world. The two most important schools of thought in this period on the issue of justice were Stoicism and Epicureanism—both of which would exert an influence on the culture into which Christianity will be born. A full account of this period would also cover the development of the ideas of Plato and Aristotle. Again, these are complex issues. Suffice it to say that in the case of Aristotle’s account of justice, it was an idea whose time had gone. For whatever reason, the withdrawal-from-the-world outlooks offered by Epicurus and the Stoics were more attractive to thinkers living in the crumbling monarchical Macedonian empire of the Hellenistic period.

24 I am referring especially to the Christianity of the New Testament and the early Church fathers. Some later Christian thinkers—and especially Thomas Aquinas (who, in his Commentary on Aristotle’s Nicomachean Ethics treats Aristotle’s conception of justice with respect)—are more mixed.

25 Those interested in primary sources on these fundamentals of Christianity should start with St. Paul’s First Corinthians—that is, his first letter to the Christian community in Corinth. This lays out the implicit epistemology and metaphysics of the early Christians.

27 Throughout I quote the King James Version of the Bible, in some cases slightly revised.

28 See Foundations for the Metaphysics of Morals, sec. 2.

29 One may find it surprising that altruism is not one of these points; the reason is that they are all connected to or are manifestations of altruism.

33 Note that Jesus says the poor in spirit. The Greek word translated “poor” here is ptôchoi, which comes from ptôchos (beggar), which in turn comes from ptôssein (to crouch or cringe).