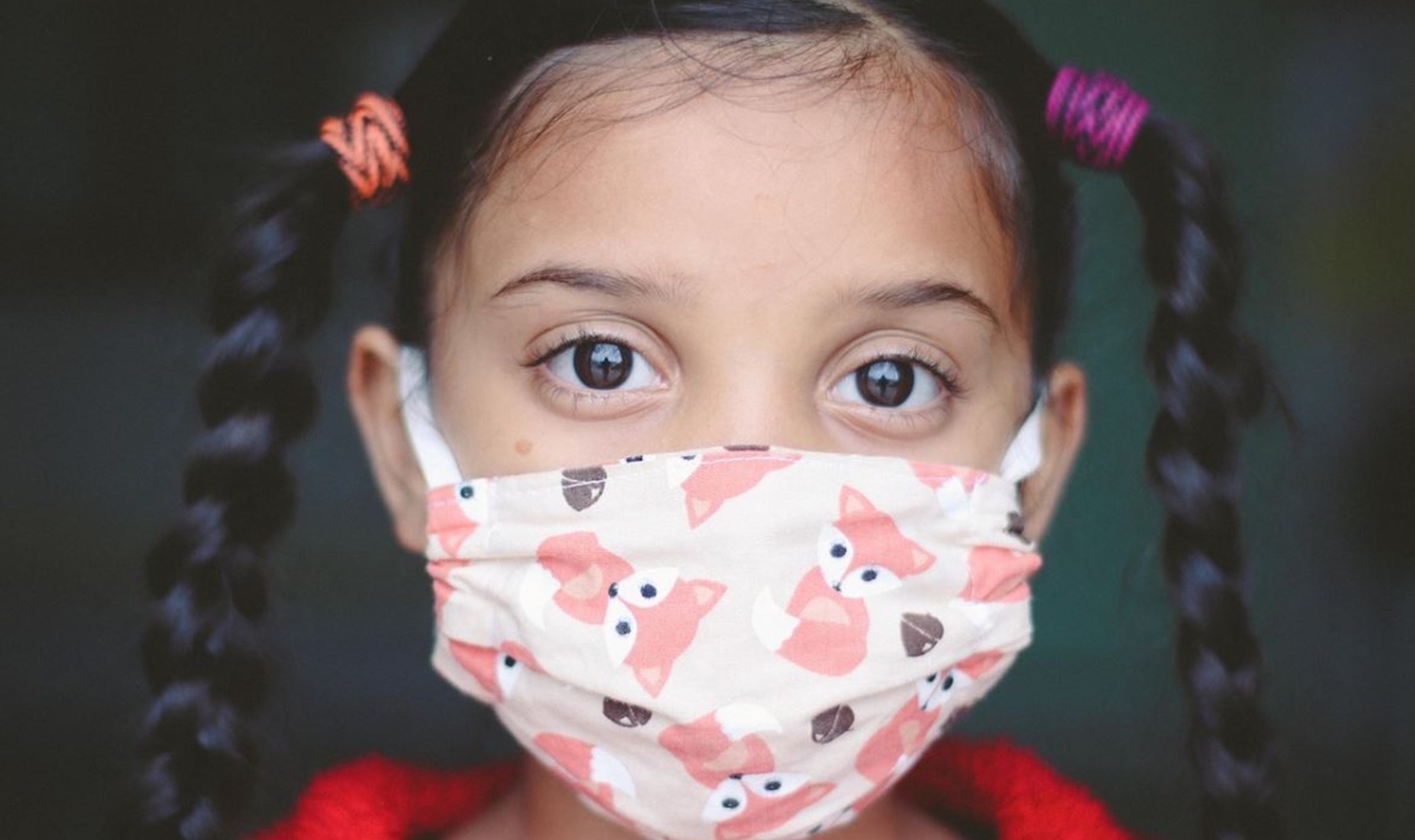 Editor’s note: This article is republished with permission from Foundation for Economic Education.

On September 29, the National School Boards Association (NSBA) asked President Biden to use the full power of the federal government against parents. Their offense? Disrupting school board meetings to protest mask mandates for their children, and to question lessons tinged with identity politics.

The letter, signed by NSBA President Viola Garcia and Interim Executive Director and CEO Chip Slaven, acknowledged that “it is vital that public discourses be encouraged in a safe and open environment, in which varying viewpoints can be offered in a peaceful manner.”1 However, when referring to meeting disruptions across the country, it pulled no punches. “As these acts of malice, violence, and threats against public school officials have increased,” it reads, “the classification of these heinous actions could be the equivalent to a form of domestic terrorism and hate crimes.”

To meet the threat:

NSBA specifically solicits the expertise and resources of the U.S. Department of Justice, Federal Bureau of Investigation (FBI), U.S. Department of Homeland Security, U.S. Secret Service, and its National Threat Assessment Center regarding the level of risk to public schoolchildren, educators, board members, and facilities/campuses. We also request the assistance of the U.S. Postal Inspection Service to intervene against threatening letters and cyberbullying attacks that have been transmitted to students, school board members, district administrators, and other educators.

As justification for the use of such power, the NSBA stated that “​​law enforcement officials in some jurisdictions need assistance” and that students, school board members, and educators “are susceptible to acts of violence affecting interstate commerce.”

In response, members of the Pennsylvania School Boards Association voted unanimously to leave the NSBA, saying, “The most recent national controversy surrounding a letter to President Biden suggesting that some parents should be considered domestic terrorists was the final straw. This misguided approach has made our work and that of many school boards more difficult.”2 Further, “attempting to solve the problems with a call for federal intervention is not the place to begin, nor a model for promoting greater civility and respect for the democratic process.” Ohio and Missouri joined Pennsylvania in quitting the NSBA, and scores of other states have distanced themselves from the national group as well.3

What, specifically, prompted the NSBA to seek such extreme recourse? Here’s a sample.

In September, at Poway Unified School District in California, a small group of protestors forced their way into an office and, according to one report, “not only prevented the Board from doing the business of the school district, which serves nearly 36,000 students, but also prevented recognition of our hardworking teachers, classified employees of the year, and student representatives.”4

Sarasota, Florida is home to some particularly contentious school board meetings. “You’re warned. No public assaults and no public attacks. You’ve been warned. The second time you are done,” said school board Vice Chairwoman Jane Goodwin, after one man asked if all the board members had high school degrees.5 Goodwin silenced several parents and had them removed for disparaging comments, not only about school board members but also about Florida Governor Ron DeSantis.

A board of education meeting in Gwinnett County, Georgia was disrupted when nearly one hundred attendees refused to wear masks.6 And in Clark County, Nevada, a teacher wrapped up her comments on how to use COVID-19 relief money saying that anyone who brought up communism during the comment period clearly didn’t pay attention during their high school social studies class.7 This elicited shouts of “Marxist!” from the audience, after which board President Linda Cavazos forbade parents from commenting and asked police officers to remove anyone shouting out their comments.

To some extent, school boards are being prevented from doing important work. In California, a school board meeting had to be adjourned before the members could address ​​a tax reduction plan with “the potential to save district taxpayers more than $1 billion.”8

But even at their most extreme, these public displays of discontent definitely are not devolving to the sort of anarchy that requires a world-class surveillance state and military response. Compare parents’ demonstrations and outbursts to the looting and rioting that erupted after George Floyd’s death, for instance.9 This mayhem caused hundreds of millions of dollars in property damage and did overwhelm police forces—yet popular sentiment opposed federal involvement via the National Guard.

Indeed, even the NSBA has at least realized the folly of its inflammatory rhetoric, apologizing to member school boards for further alienating parents and increasing the “strain and stress” of an already tense situation.10

In the meantime, local school boards are taking matters into their own hands, with the board in Sarasota, Florida leading the way. Its members proposed a policy limiting parents’ time for comment in reverse proportion to the number of parents who would like to speak: “If there are between one and 10 speakers, each would get 3 minutes; between 11 and 20 speakers would mean each gets two minutes.”11 If there are more than twenty, that drops to sixty seconds.

Imagine if a business adopted such a policy. “We’re experiencing higher than average call volumes. For this reason, your call will be limited to one minute.”

This sheds light on the fundamental problem rearing its ugly head in public education: It’s public. People are forced to fund these government-run schools—whether they’re satisfied with them or not. And because public educators are not truly accountable to the parents they serve, they are not sufficiently incentivized to provide good service.

Of course, parents who can afford to may send their children to private schools. But this doesn’t have much impact on how public schools function given that parents are still forced to continue funding public schools via their hard-earned tax dollars.

The real solution, as radical as it is, is to privatize public schools. Privatize them for the same reasons your local hardware store or dentist office is private. In all other sectors, Americans take it as common sense that when businesses compete, customers win. The same is true of education.

This was the lesson learned by one-time socialist-sympathizer James Tooley, who started his career teaching in Zimbabwe and championing public schools. Later, while working in India on an education commission for the World Bank, he observed something remarkable. “[T]he stunning thing” about his ride from an upscale neighborhood in Hyderabad to the slums of its Old City “was that the private schools had not thinned out as we went from one of the poshest parts of town to the poorest.” Although the public schools in India are free and the classes are taught by educators with government credentials, even the poorest parents work hard to send their kids to private schools, Tooley learned. He writes:

I asked [parents] about the public schools. They were totally disparaging. Teachers partied at schools, they said, or taught only one class out of six, and treated the children like orphans. There was no question that they wanted their children out of public schools.

Tooley recounts his journey, which

has taken me to the battle-scarred townships of Somaliland; to shantytowns built on stilts above the Lagos lagoons in Nigeria; to India again, to slums and villages across the country; to fishing villages the length of the Ghanian shoreline; to the tin-and-cardboard huts of Africa’s largest slums in Kenya; to remote rural villages in the poorest provinces of northwestern China; and back to Zimbabwe, to its soon-to-be-bulldozed shantytowns. It’s a journey that has opened my eyes.

In his book The Beautiful Tree: A Personal Journey Into How the World’s Poorest People Are Educating Themselves, Tooley details his transformation from public school promoter to private school advocate, exposing the corruption and bad incentives plaguing public schools the world over—alongside thriving private schools that provide children with far superior educational experiences, and do so far more cost effectively.

When governments abrogate parents' right to choose, they instigate conflict between parents and teachers. As Ayn Rand observed, persuasion ends where the gun begins. “The most important single central fact about a free market,” said economist Milton “Free to Choose” Friedman, “is that no exchange takes place unless both parties benefit.”

The key to resolving disputes between parents and schools is not arming one side to the teeth against the other. It is replacing involuntary relationships with voluntary ones. When parents are free to vote with their feet and their dollars, they will flock to the schools that best satisfy their standards. Schools that don’t will, instead of teaching, be taught a valuable lesson: Satisfy customers or close your doors.

When parents are free to vote with their feet and their dollars, they will flock to the schools that best satisfy their standards. Schools that don’t will, instead of teaching, be taught a valuable lesson: Satisfy customers or close your doors.
Click To Tweet

5. Ryan McKinnon, “Mad at a Sarasota School Board Member? Don’t Say So at Board Meeting,” Sarasota Herald-Tribune, September 10, 2021, https://www.heraldtribune.com/story/news/education/2021/09/10/sarasota-county-school-board-warns-public-about-no-public-assaults-attacks/8255246002/.