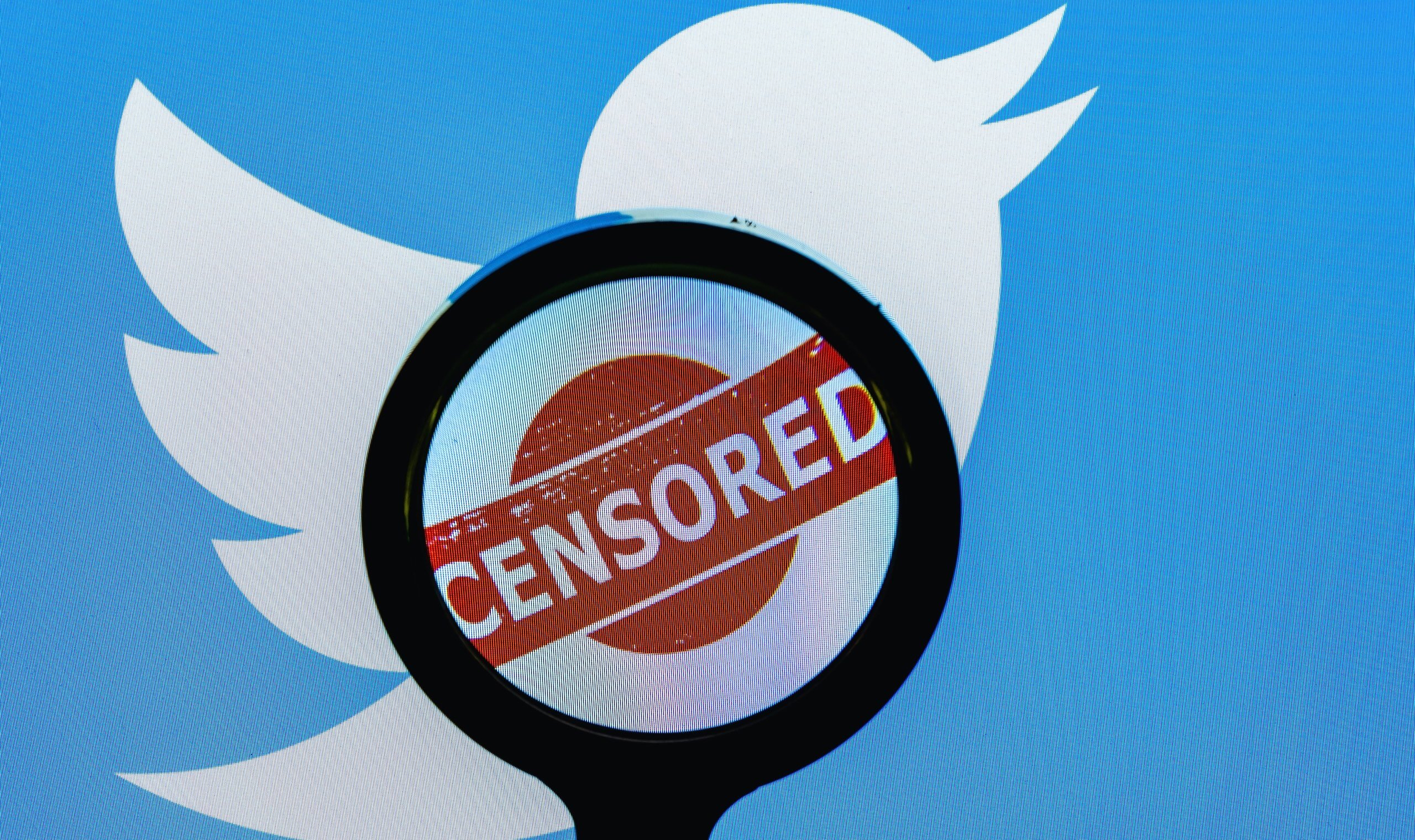 What the Twitter Files Revealed about Power and Censorship

Elon Musk recently granted journalists access to records of Twitter’s internal communications, leading to an avalanche of revelations about the company’s past content moderation practices—and the extent to which these were directed by the U.S. government. Perhaps not since the Snowden case has the public had such a glimpse into the U.S. Intelligence Community’s exploits against its own people.

Yet, many commentators have trained their attention on the “power” of social media companies, pointing to their “censorship” of users, with some arguing that this is grounds for giving government legal authority to regulate content moderation. This stems from a fundamental misunderstanding of what censorship is—and leads to “solutions” far more dangerous than the problem.

Responses to the #TwitterFiles display a fundamental misunderstanding of what censorship is—and point us toward “solutions” far more dangerous than the problem.” —@revivingreason
Click To Tweet

Reporting from journalists at The Free Press and independent journalist Matt Taibbi—dubbed the Twitter Files—shows how Twitter used “visibility filtering” to decrease the reach of certain users. These include Dr. Jay Bhattacharya, a Stanford professor of medicine, economics, and health policy who argued that COVID lockdowns were ineffective and even destructive. Twitter sharply curtailed Bhattacharya’s reach, placing his account on its Trends Blacklist so that no matter how many users engaged with his tweets, they couldn’t trend. This and similar examples have led many, including those who broke the story, to accuse Twitter of censorship.1

The reporters state, “Two prominent right-wing talk show hosts also came to the attention of Twitter’s censors”—and that a Twitter executive “claimed the [secret] censorship amounted to a public service.” Free Press readers are responding by echoing the censorship charge against Twitter. A commenter on this report, whose response has the highest number of “likes” as of this writing, said, “The censoring of Dr. Bhattacharya is especially damning” and that “he was censored” by “ideologues and Grievance Studies major[s] moonlighting as Twitter employees.”2 . . .

When government agents make “suggestions” to private companies, the subtext always is: “You’ve got a nice business here. It’d be a shame if something happened to it.” —@revivingreason
Click To Tweet

View all articles by Jon Hersey →
Letter to the Editor
What Americans Can Learn from Brazil’s Chief CensorWhy Do Our Political Options Suck?

6. It also asked the field office to request “any location information associated with the accounts that Twitter will voluntarily provide” and that the company “preserve subscriber information and content information pending the issuance of a legal process.” See Taibbi, “Twitter, the FBI Subsidiary,” https://twitter.com/mtaibbi/status/1603857534737072128.

16. Khanna, “The Twitter Files and the Future of the Democratic Party with Silicon Valley’s Congressman.”

17. For more details on the harmful consequences of both the Florida and Texas laws, see Daveed Gartenstein-Ross, Madison Urban, and Cody Wilson, “Anti-Censorship Legislation: A Flawed Attempt to Address a Legitimate Problem,” Lawfare, July 27, 2022,

22. The argument is flawed not only for the reasons I go on to discuss. The analogy to newspapers could also have also unintended consequences. Newspapers, via their editorial staff, review and approve every piece of content before it’s published. Social media companies do not. Newspapers are liable for defamation and incitement. Social media companies are not—not yet, that is. But there are people, such as Hawley, trying to change this, and their argument is that if social media companies want to remain shielded from the same liability as newspapers, they can’t act like newspapers. That is, they can’t both claim editorial expression as a defense and deny culpability for what ultimately gets expressed on their platforms. It’s one or the other, or so the argument goes. Analogies can be misleading. As Thomas Reid wrote, “men are naturally disposed to conceive a greater similitude in things than there really is,” and so “conclusions built on analogy stand on a slippery foundation.” Social media is a new and categorically distinct phenomenon. ⁠

24. The Eleventh Circuit comes close but never quite states this:

“First—and this would be too obvious to mention if it weren’t so often lost or obscured in political rhetoric—platforms are private enterprises, not governmental (or even quasi-governmental) entities.” And further, although “the Constitution protects citizens from governmental efforts to restrict their access to social media, . . . no one has a vested right to force a platform to allow her to contribute to or consume social-media content.”

No one has that right because there can be no such thing as a right to the property or services of others.

The court doesn’t discuss property rights largely because it’s merely responding to the arguments that the lawyers made. And the lawyers probably didn’t make property-rights based arguments because America is suffering from a recession of legal protection for property rights (See Cornerstone of Liberty: Property Rights in 21st Century America by Timothy Sandefur and Christina Sandefur).