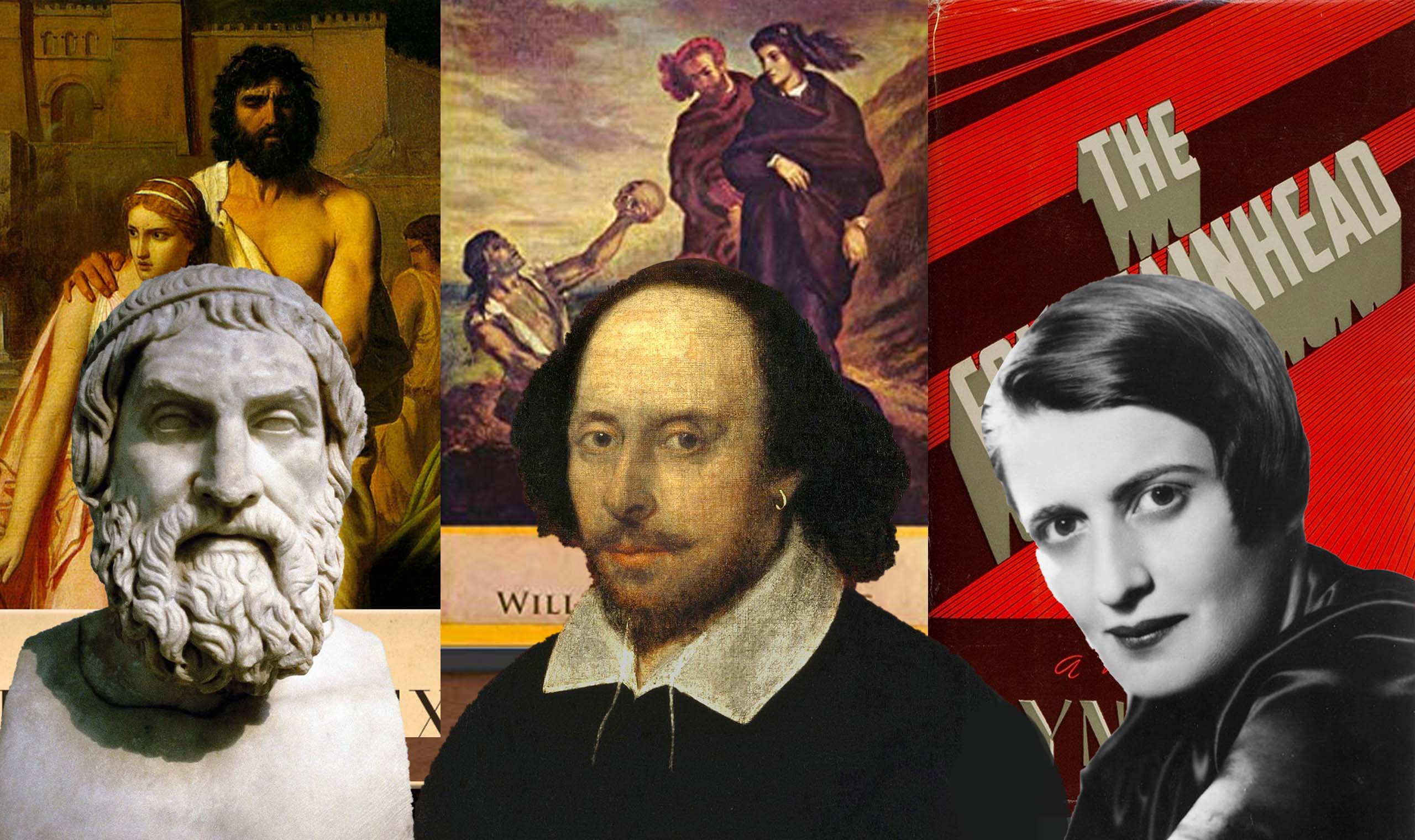 Author’s note: This article contains spoilers for Oedipus the King, Othello, Macbeth, Hamlet, and The Fountainhead.

Oscar Wilde once remarked that life imitates art. Studying tragedies of great literature can help us ensure that our lives do not imitate such art. Of course, the intense intellectual and emotional experiences invoked by such stories are ends in themselves regardless of any didactic takeaways. Nevertheless, wisdom is priceless, and tragedies often display moral truths that can help us avert a similar fate. They show us the causes of human demise and can thereby guide us away from pernicious and toward felicitous outcomes.

With this in mind, we’ll examine five tragic figures from great literature: Oedipus from Sophocles’s Oedipus the King; Othello, Macbeth, and Hamlet from Shakespeare’s eponymous plays; and Gail Wynand from Ayn Rand’s The Fountainhead. I make no claim to exhaustiveness, but, as we’ll see, these five figures and their vivid, brilliantly wrought tragedies offer much to learn.1

Among these stories are many differences; one is ancient, some early modern, and one contemporary. Consequently, the cultures in which these stories were composed—the language, philosophy, religion, and mores—are widely divergent, as are the premises and principles of the authors. We will bear these differences in mind.

We’ll also consider which, if any, of these characters, generally referred to as “tragic heroes,” are heroic at all. Literary analysis is fraught with woozy terms for which we need rigorous definitions. “Tragedy” and “tragic hero” are two such terms.

A hero is an individual of elevated prowess and unyielding rectitude who faces severe impediments and/or opposition in pursuit of life-promoting goals and who triumphs in at least a moral form.2

A serviceable definition of literary tragedy is provided at Dictionary.com: “a dramatic composition . . . dealing with a serious or somber theme, typically involving a great person destined to experience downfall or utter destruction, as through a character flaw or conflict with some overpowering force, as fate or an unyielding society.” In accord with this definition, a tragic hero is a grand-scale character brought to demise by an internal flaw and/or pernicious external forces or circumstances. How many so-called tragic heroes really meet the bar? . . .

Superb literary tragedy gives us unforgettable experiences of human error leading to the agonizing downfalls of even great men. It does not tell, but shows us in searing action many major errors to avoid if a flourishing life is our goal.
Click To Tweet

1. Entire libraries of scholarship have been written by experts on these stories, and I confess to errant ignorance regarding these erudite works. But with the audacity of a cat burglar, I dare to construe these stories independently and perhaps cast them in a fresh light.

5. Where a hero generally possesses moral strength, courage, and prowess beyond those of everyman, an antihero characteristically possesses less. Willy Loman is a sadly pathetic loser that Arthur Miller depicted superbly in his play Death of a Salesman.

6. Leonard Peikoff, The DIM Hypothesis: Why the Lights of the West Are Going Out (New York: New American Library, 2012), 39.