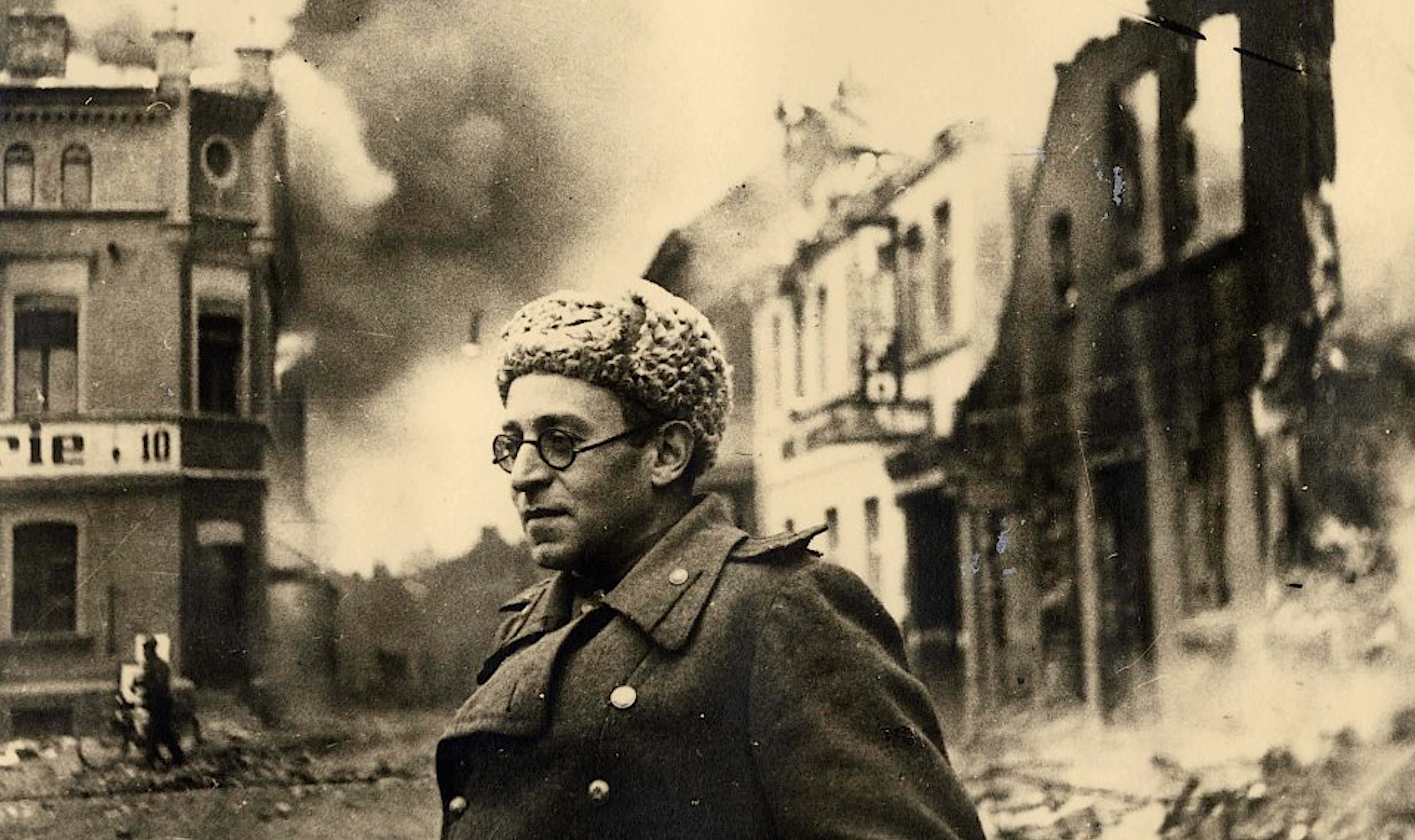 The Life and Fate of Vasily Grossman, Banned Russian Novelist

Vasily Grossman’s novel The People Immortal—which has just been republished in a new translation by scholars Robert and Elizabeth Chandler—is a work of Soviet war propaganda. It first appeared in 1942 while Joseph Stalin and Adolf Hitler were squandering millions of lives in Eastern Europe. It’s bland and formulaic, with a predictable plot about a military unit that strives to escape encirclement by Nazi forces during the German advance through Ukraine. Instead of having personalities and values, its characters mostly just recite lines about the USSR being “a land where the inequality between workers and those who employ them has been eliminated,” and its few interesting passages are drawn from actual incidents that Grossman witnessed while working as a war correspondent on the Eastern Front.1

The book would hardly be worth noticing today were it not that Grossman went on to become one of the Soviet Union’s most interesting dissident writers. His later novels, Life and Fate and Everything Flows—which were banned in the USSR during his lifetime—have become posthumous classics, and the Chandlers have spent years translating and publishing these and Grossman’s other books after painstakingly restoring passages that communist censors deleted—a priceless service to literature and history. It might be fairer to call their work “reconstruction” than “restoration,” because in some cases, they have had to reassemble what they believe to be the author’s original intention from multiple editions and manuscripts, each of which was subjected to a different round of communist censorship. In any event, their efforts give us an opportunity to reflect on the tragic and salient career of one of the greatest witnesses to the horrors of Soviet tyranny.

Born in Berdichev, Ukraine, in 1905, Grossman originally trained as a chemical engineer, writing short stories on the side. But by the 1930s, he had decided to devote himself entirely to writing. Some of his early work was praised by influential authors, including Maxim Gorky and Boris Guber. But his personal life was less successful. In 1933, he separated from his wife and began an affair with Guber’s wife, Olga. Olga and Boris divorced soon after, and Olga married Grossman. About a year later, Boris was arrested on political charges and executed. The NKVD, which later became the KGB, arrested Olga, too, shortly thereafter.

Charged with the crime of not having denounced her ex-husband as an enemy of the people, Olga and her children were destined for concentration camps, but Vasily intervened. With considerable bravery, he took official custody of the children and wrote a direct appeal to the head of the secret police. “All that I possess,” he declared, “my education, my success as a writer, the high privilege of sharing my thoughts and feelings with Soviet readers—I owe to the Soviet government.”2 This brought an order to appear at the NKVD’s headquarters, where he was interrogated. His pleas ultimately were successful; Olga was let go.3

Scholars still debate how sincerely Grossman meant the obsequious words in his letter. . . .

View all articles by Timothy Sandefur →
Declassified: A Low-Key Guide to the High-Strung World of Classical Music, by Arianna Warsaw-Fan RauchHocus Pocus 2, Directed by Anne Fletcher