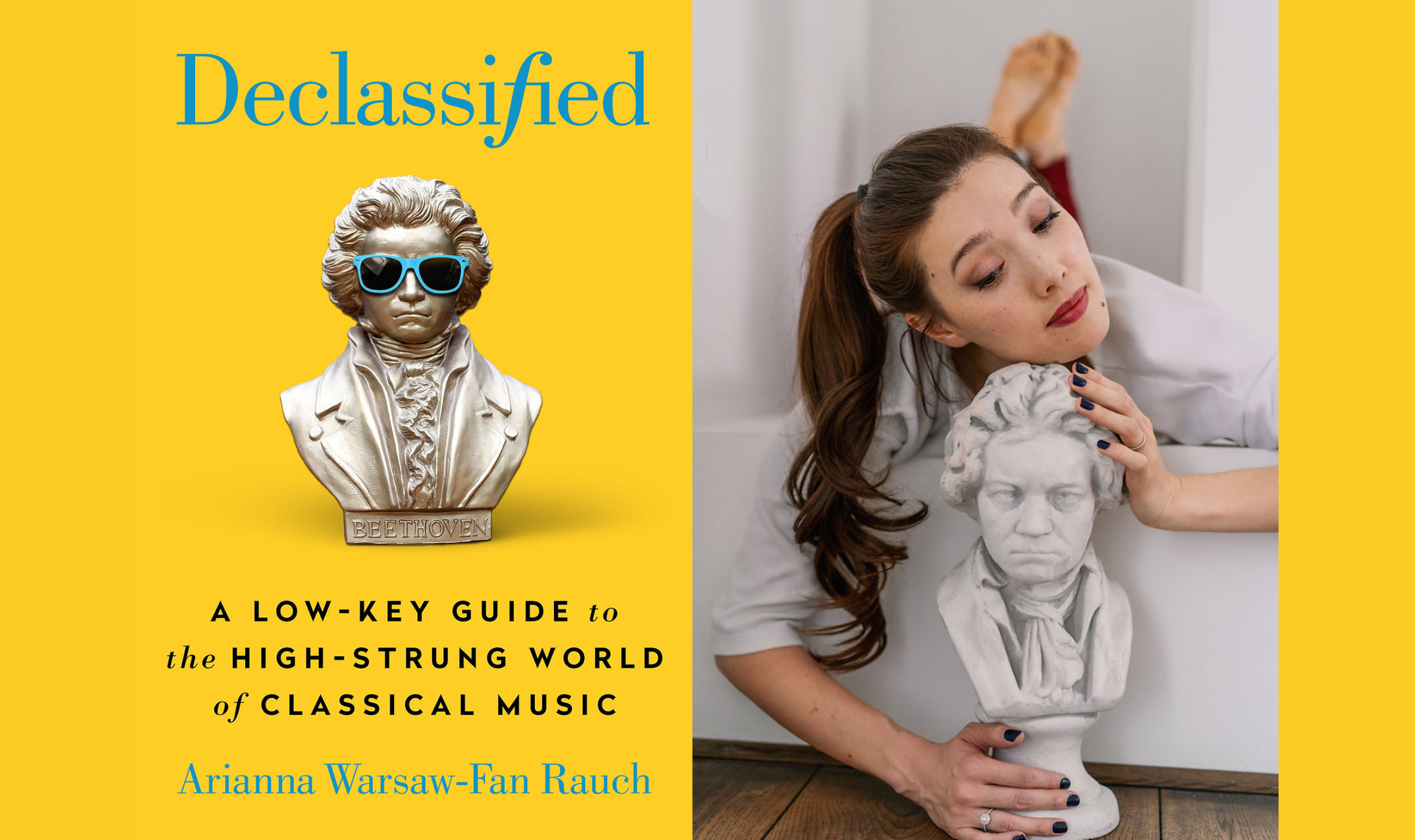 Declassified: A Low-Key Guide to the High-Strung World of Classical Music, by Arianna Warsaw-Fan Rauch

At some point in their lives, even the most uninterested of listeners experience the emotive power of orchestral music. It might be the salute of Pachelbel’s Canon at graduation, sending them off into “the real world” or the booming anthem of Star Wars transporting them to a galaxy far, far away. Virtually everyone glimpses the majesty of life as seen through the eyes of a great composer, but many stop there, feeling ill-equipped to explore the genre.

Books on classical music tend not to help. Their authors are among those most culpable for the cloud of snobbery and confusion surrounding the subject. Paul Lang’s Music in Western Civilization, for instance, is a veritable encyclopedia, but it leaves readers swimming in such sentences as: “The music emanating from Klopstock’s lyricism is still the sonorous music of the baroque and testifies to the deeply ingrained feeling of the Germans for music—the only art in which for the last few generations their creative power had soared into the highest regions.”1 There are, at least, truly great courses, such as Robert Greenberg’s “How to Listen to and Understand Great Music,” by The Great Courses company. But there’s nothing quite like the just-released Declassified by Arianna Warsaw-Fan Rauch.

In this Low-Key Guide to the High-Strung World of Classical Music, the Juilliard grad and ex-professional violinist takes the mold for music appreciation and breaks it in a fit of irreverent humor and desperate soul-searching. She knocks common misconceptions off dusty pedestals, frees would-be classical music fans from a web of arcane terminology, and hands them a map for exploring and enjoying that music. . . .

Declassified by @a_warsawfan tells the stories not only of the loves and losses of Beethoven and Brahms but of the heartbreak of a young musician who learned to salvage her love of classical music and spotlight its value for all to see.
Click To Tweet