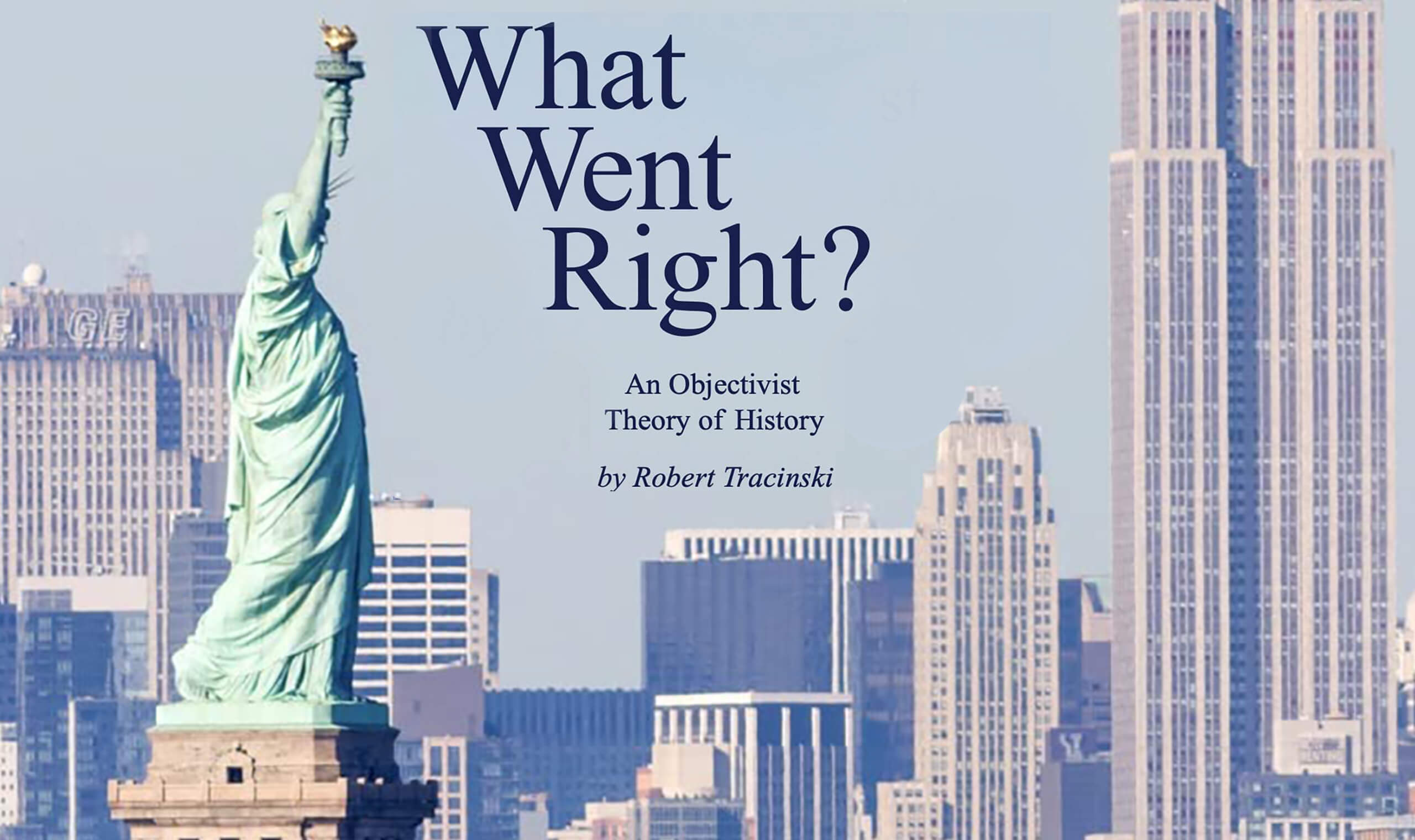 What Went Right? An Objectivist Theory of History by Robert Tracinski

[E]very thinking man who does honest work in his own field is our ally and is helping to move civilization forward (28).

“Who sets the tone of a culture?,” asked Ayn Rand. “A small handful of men: the philosophers.” Philosophers provide answers to fundamental questions about the nature of the world, how we know what we know, and what we ought to do about it.1 “Others follow their lead, either by conviction or by default,” said Rand.2 The philosophers’ ideas spill down into the culture, influencing public discourse, the economy, politics, art, and innumerable decisions of individuals and institutions.

According to author Robert Tracinski, many of Rand’s followers have taken this to mean that efforts toward a better future should focus heavily, if not exclusively, on infiltrating and improving university humanities departments, especially philosophy programs. But, in his latest book, Tracinski argues that the underlying assumption—that cultural change stems from philosophy departments and leading intellectuals—is only part of the story. The increasingly obvious problem with the theory is that, whereas academic philosophy has continued to nosedive, the world as a whole has seen massive progress in many respects. Given this disconnect, Tracinski sets out to answer the question: What Went Right? . . .

Whereas academic philosophy has continued to nosedive, the world as a whole has seen massive progress in many respects. Given this disconnect, @Tracinski sets out to answer the question: What Went Right?
Click To Tweet

4. “Philosophy” means love of wisdom, and the Greeks lacked the distinctions we now have between various branches of that wisdom. Although any errors herein are entirely my own, I’d like to thank Dr. Carrie-Ann Biondi for challenging me to think more carefully about Tracinski’s characterization of progress in ancient Greece.