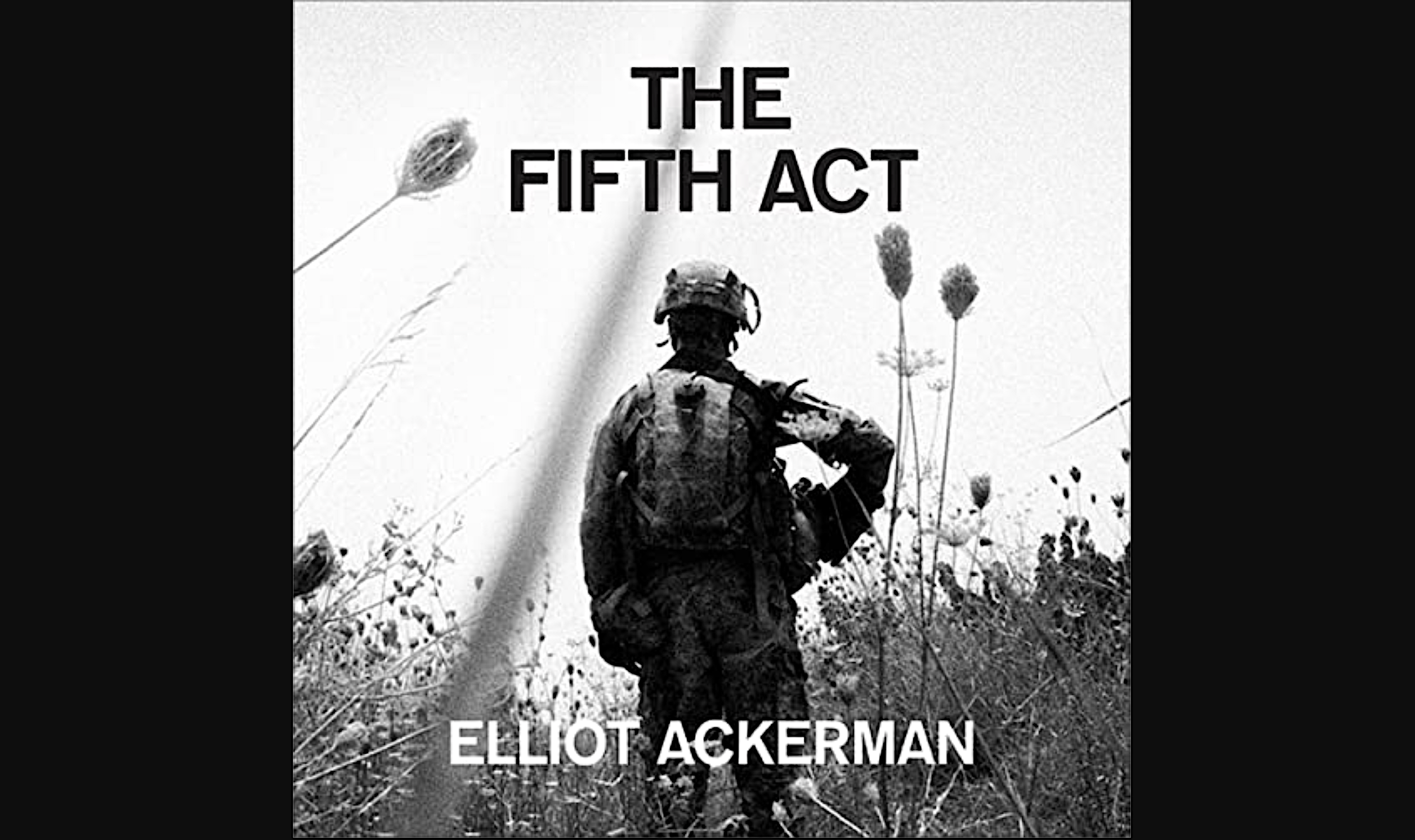 The Fifth Act: America’s End in Afghanistan by Elliot Ackerman

Elliot Ackerman’s The Fifth Act may be the first great book about the Afghanistan war. Part memoir, part policy analysis, it uses the nauseating surrender of the United States to the Taliban in 2021 as a point of departure for a series of reflections on the irrationality with which the war was waged and the consequences of that irrationality for American culture. It’s not an uplifting book. But it’s one no reader will soon forget.

Ackerman is a decorated veteran of both Afghanistan and Iraq who left the Marines in 2011. A decade later, he was vacationing with his family in Italy when the Biden administration’s disastrous withdrawal from Afghanistan started. From hotel rooms, airports, and tourist sites, he used his cell phone to coordinate with friends still in the Marine Corps, trying to help Afghans he knew to escape the Taliban’s rapid conquest of the country. These dramatic—often chaotic—efforts form one thread of the book’s narrative; the other is a series of flashbacks in which Ackerman recalls incidents from his own combat service a decade ago. Together, they tell a story of both idealism and cynicism, capped off with details of what Ackerman calls the “exceptional degree of incompetence” with which America’s retreat was managed (238).

Words such as “dramatic” and “narrative” are appropriate in part because Ackerman has designed his book to mimic the traditional structure of classical tragedy, even dividing it into five “acts” and shorter “scenes,” and adding quotations from Homer’s Iliad and Virgil’s Aeneid. . . .

View all articles by Timothy Sandefur →
Letter to the Editor
Why I Changed My Mind on AbortionLevelUp 2023: TOS-Con’s New Name, Date, and Location