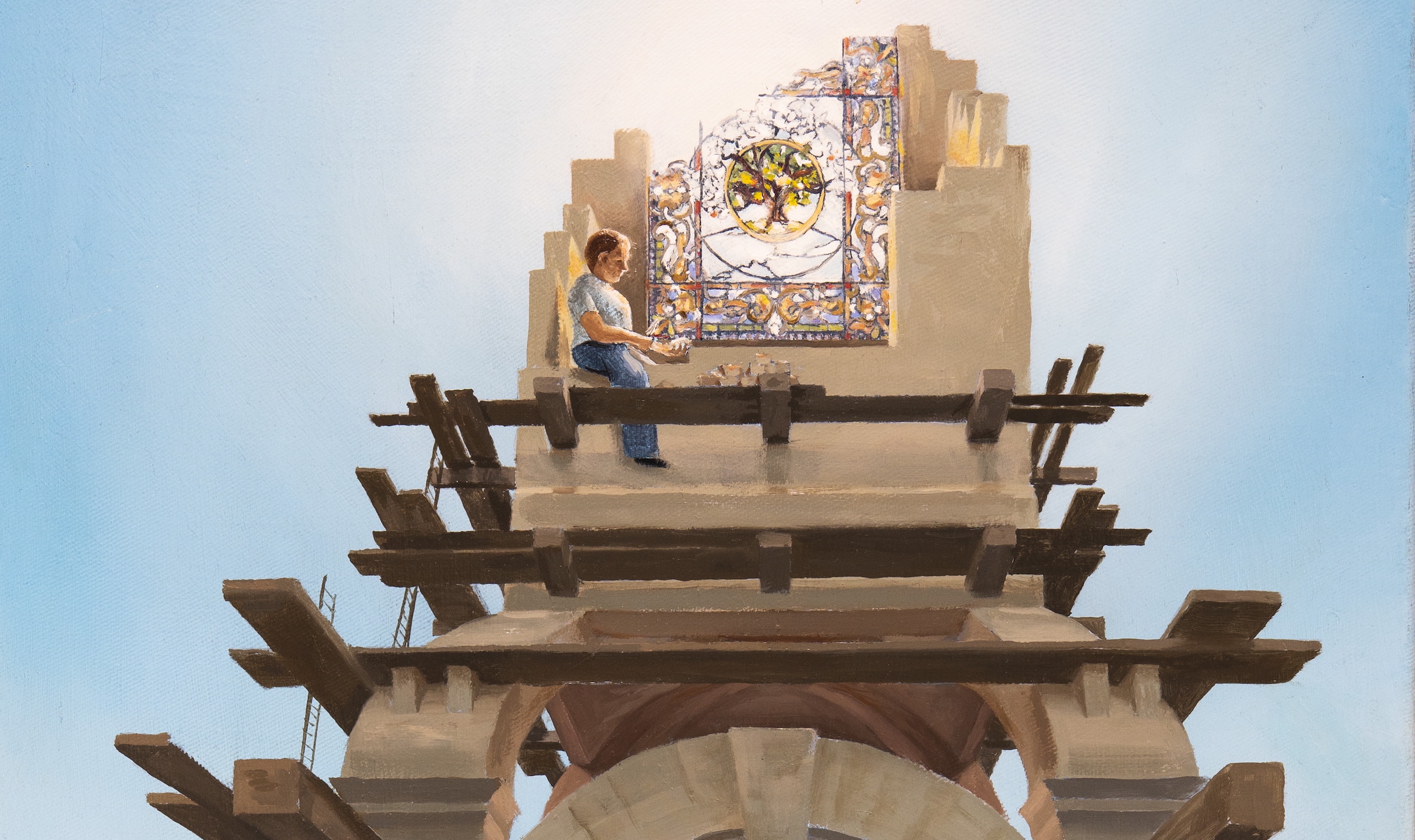 Editor’s note: This is a lightly edited version of a talk delivered at TOS-Con 2022. The written version retains the character of an oral presentation. To view, purchase, or commission artworks by Jon Wos, visit Cordair.com.

In May 1981, my parents were looking forward to their first child. My arrival, however, was not what they anticipated.

It was immediately evident that something was wrong. My body appeared to be broken. And X-rays showed that I had thirteen broken bones. Most of these were from the process of being born, but I also had fractures sustained in the womb, plus evidence of others that had healed before birth. Twenty-four hours after I was born, I was diagnosed with osteogenesis imperfecta—OI for short.

OI is a group of genetic disorders that prevent the proper formation of the connective tissue collagen. The primary manifestations of the disorder are fragile bones and short stature, but it can also include weak joints, fragile teeth, hearing loss, and even lung, heart, and neurological problems. Here (fig. 1) you can see my baby teeth capped in silver to prevent them from chipping or breaking off. 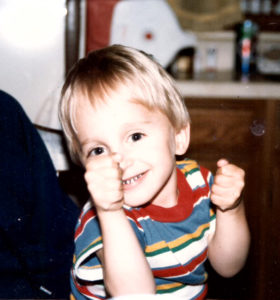 (1) Me as a child, showing my capped teeth

My parents had to deal with the risk of breaking my legs when they changed my diaper or breaking my ribs and arms when they picked me up. My early childhood was rife with fractures, casts, hospitals, and surgeries. By the time I was ten, I’d fractured my right forearm alone about ten times, and the forearm bones had fused together. The first time I remember breaking my right arm was when I fell out of my wheelchair in the parking lot before going to see Santa with my grandmother. It wasn’t all bad, though. I insisted on seeing Santa before we went to the hospital, broken arm or not.

But broken femurs were the worst. They were the most painful and took the longest to heal. I had several surgeries in an attempt to straighten my femurs and thereby reduce fractures. But they continued. Most of these fractures required a spica cast (fig. 2), which went from chest to toes and was kept on for an average of three months. They kept me immobile and were uncomfortable, hot, and itchy. 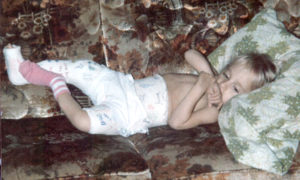 My fractures were unpredictable. One day I could fall off a chair and not break anything, but the next I could break my arm while drying my hair with a towel. My life could be stopped and my physical freedom taken from me at any random time. This looming uncertainty caused a lot of anxiety at an early age.

But this is not to suggest that it was always fractures and casts. Although I was born with unfortunate genetics, I was also born with an amazing family, who brought immense joy to my life. Living on a dairy farm until I was about ten made finding things for me to do challenging, as most of the activities of farm life are pretty physical. But I insisted on keeping up with my peers, fractures or not. I did everything from making straw bale tunnels to racing my brother on the four-wheeler with my wheelchair. Unavoidably, though, there were times when my condition kept me from physical activity, and I often turned to art. . . .

“Art is like a lantern that we use to illuminate and clarify what’s important in life. Romantic Realism is a particular way of using that light, to see both what is and what could be. . . . It is a whole approach to life.” —@WosArt
Click To Tweet 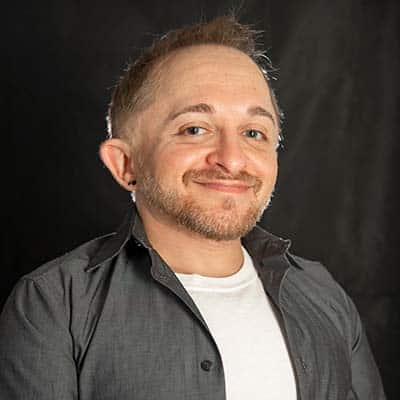 Jon Wos is an artist who works primarily with oil paint and stained glass. He graduated from the University of Wisconsin-Oshkosh with a Bachelor of Fine Arts in 2005 and has exhibited his artwork throughout North America, including the Kennedy Center for the Performing Arts, in Washington D.C.; the Chicago Cultural Center; and the Joseph D. Carrier Gallery, in Toronto. Jon’s work is held in several public collections, including those at the University of Wisconsin-Oshkosh, Ripon College, MacMurray College.