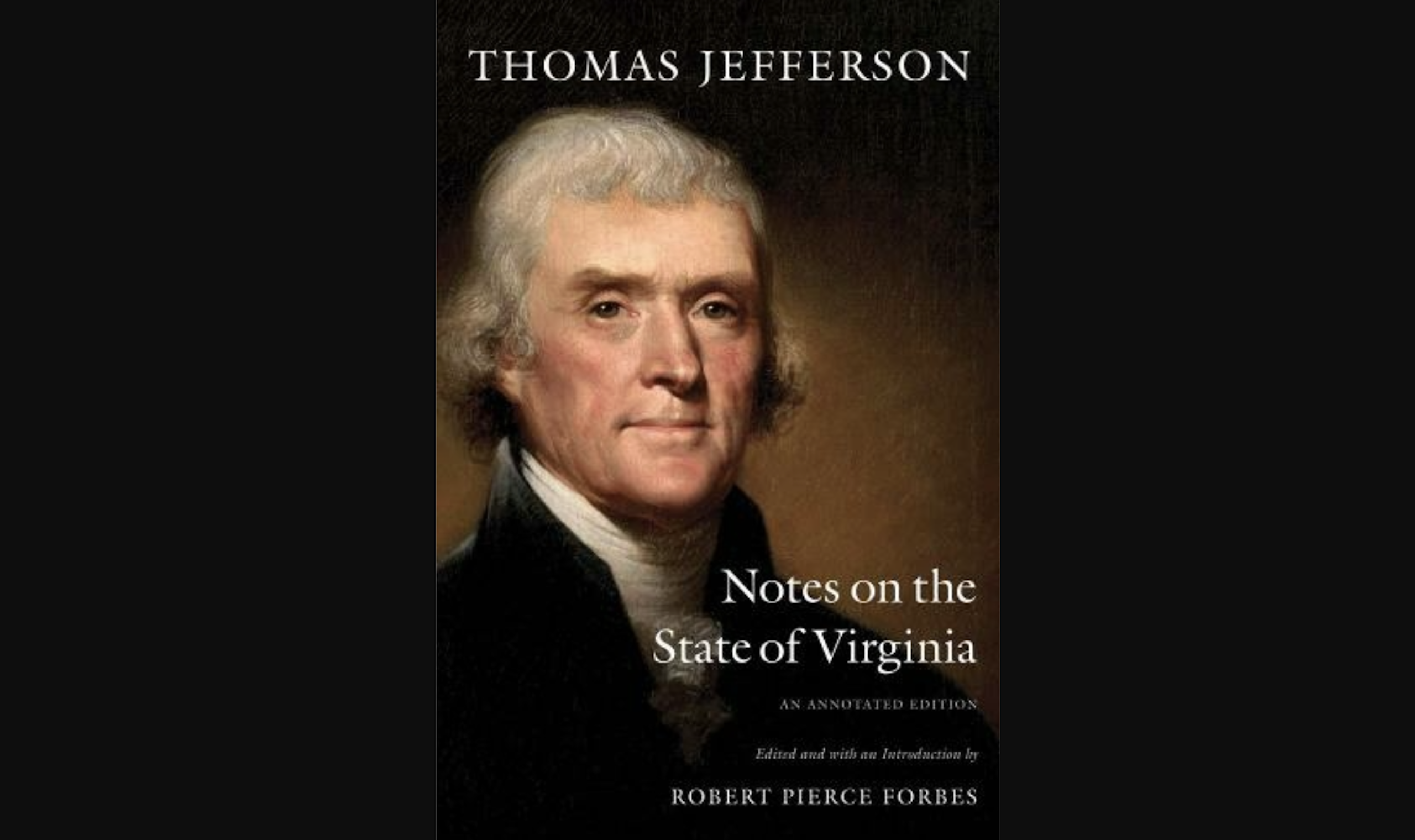 Notes on the State of Virginia: An Annotated Edition, by Robert Pierce Forbes

Thomas Jefferson was an insatiable writer, composing tens of thousands of letters, as well as pamphlets and essays, about everything from Plato’s influence on Christianity to the economics of whaling. But he published only one full-length book in his lifetime: Notes on the State of Virginia, which first appeared in Paris in 1785 and discussed everything from the state’s geology and animal life to its need for constitutional reforms and an improved education system. Yet, although Notes became a minor classic in American literature, it has never been given a thorough scholarly examination until now.

To produce his highly detailed Annotated Edition, Robert Pierce Forbes returned to the still-extant manuscript and traced the many changes the book underwent during its writing and publication; he also tracked down Jefferson’s citations and the differences between the French and English versions that appeared in the 1780s. No scholar has done this before—not even William Peden, who in 1955 published what is still advertised as the “definitive” edition of Notes, but who actually changed Jefferson’s original wording by adding passages that Jefferson wrote but never published. As a result, the version of the book Peden called “definitive” included material that none of Jefferson's 18th- and 19th-century readers ever saw.

Several mysteries surround Notes. For example, why did Jefferson write a new title page for the manuscript, after the book was published, in which he changed the publication date from 1785 to 1782? Why did he try to limit its circulation to a small list of friends, and then later suggest donating a copy to every college student in Virginia? And why did he use its pages to condemn slavery while also arguing that black people are inherently inferior to whites? . . .

Robert Pierce Forbes’s painstaking research into Thomas Jefferson's “Notes on the State of Virginia” is impressive. But his conjectures about the portions of the book that still stain the great man’s reputation only perpetuate the mysteries.
Click To Tweet