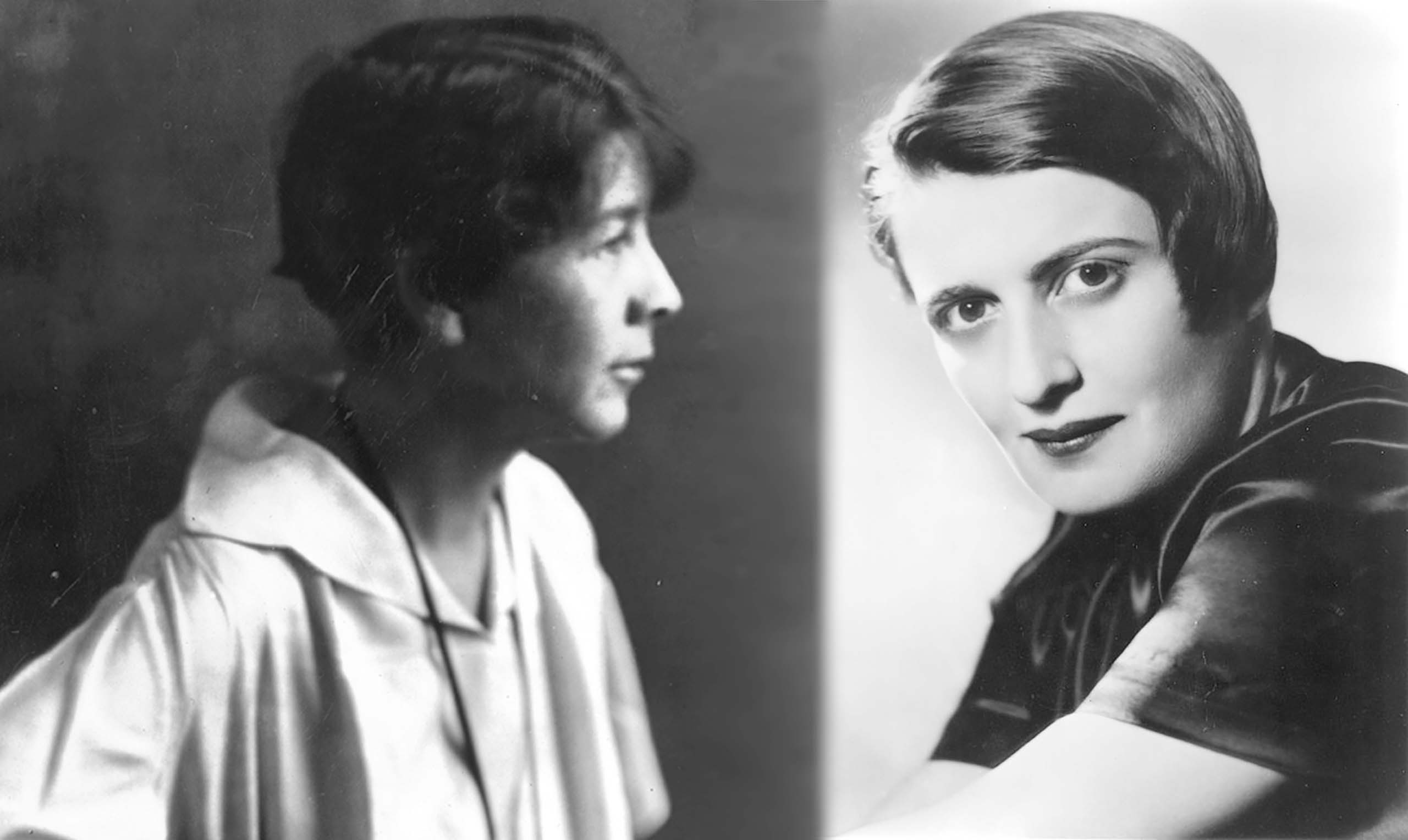 Editor’s note: This is a lightly edited version of a speech delivered at TOS-Con 2022, which was adapted from Timothy Sandefur’s forthcoming book, Freedom’s Furies: How Isabel Paterson, Rose Wilder Lane, and Ayn Rand Found Liberty in an Age of Darkness (Cato Institute, November). The article contains spoilers of Ayn Rand’s novels The Fountainhead and Atlas Shrugged.

Those of you who have read Ayn Rand’s Atlas Shrugged may remember that the first time the word “Atlantis” is mentioned is in chapter six. Dagny Taggart is at a cocktail party and overhears someone utter the book’s catchphrase, “Who is John Galt?” She turns to walk away but is stopped by one of the guests, an unnamed woman who says in a conspiratorial tone, “I know who is John Galt.”

“I knew a man who knew John Galt in person,” the woman answers. “This man is an old friend of a great-aunt of mine. . . . Do you know the legend of Atlantis, Miss Taggart?”

“The Isles of the Blessed,” the woman says. “That is what the Greeks called it. . . . They said Atlantis was a place . . . only the spirits of heroes could enter . . . because they carried the secret of life within them. . . . A radiant island in the Western Ocean. Perhaps what they were thinking of was America.”

The woman explains that John Galt actually found Atlantis—and Dagny loses interest, thinking the woman must be crazy—whereupon the woman becomes belligerent. “My friend saw it with his own eyes,” she says. “You don’t have to believe it.” When Francisco d’Anconia interrupts them, the woman “brusquely” walks away.1

The incident is so brief that it’s easy to miss the fact that this brusque and belligerent woman who knew about Atlantis was actually a real person. Just as Ayn Rand famously included herself in a “cameo” in the novel—as the character of the fishwife—so the woman at the cocktail party is a cameo of a real person—a woman who helped inspire Atlas Shrugged—Rand’s onetime friend and mentor, Isabel Paterson. . . .

2. The only biography of Isabel Paterson available is Stephen Cox, The Woman and the Dynamo (New Brunswick, NJ: Transaction, 2004).

25. Isabel Paterson, Golden Vanity (New Brunswick, NJ: Transaction, 2017), 176. Paterson was probably referring here to the “regrading” of Denny Hill in Seattle—specifically to Denny Regrade Number 2, which began in 1928 and took two years. Regrading consisted of flattening enormous swaths of the city with steam shovels and hydraulics, reconfiguring much of the area that now encompasses the Space Needle.

30. Michael Janeway, The Fall of the House of Roosevelt: Brokers of Ideas and Power from FDR to LBJ (New York: Columbia University Press, 2004), 93.

52. Isabel Paterson, Letter to Ayn Rand, ca. December 30, 1943, Isabel Paterson Papers, Hoover Presidential Library. The quotation is from Étienne Gilson’s, Reason and Revelation in the Middle Ages (New York: Scribner’s, 1939), 49. Paterson had recommended that book in “Turns” alongside The Fountainhead on October 10, 1943.

54. As Rand later told the story, Atlas Shrugged was inspired by a phone call in which an unnamed friend—evidently Paterson—told her she had a “duty” to publish a nonfiction book about her philosophy, to which Rand responded by angrily suggesting she would go “on strike.” It seems likely that this conversation concerned The Moral Basis of Individualism, a nonfiction treatise that Rand never completed. The most plausible explanation is that Rand and Paterson discussed the idea of a “strike” novel for some time before that call.

61. Ayn Rand, Letter to Tom Girdler, July 12, 1943, in Berliner, Letters, 81–85. Girdler replied politely, but made clear in Boot Straps that “I don’t think of hope of reward as selfishness. . . . Most of the people I have known in my life have been constantly trying to get a fatter pay envelope, not for themselves, but for those they love.” Boot Straps, 458.

71. It is not known why Paterson declined to review The Fountainhead. It is possible she believed doing so would be improper, because she had advised Rand on the manuscript. It is also possible that Paterson had misgivings about the book that she declined to mention to Rand. After Paterson’s death, her copy of The Fountainhead was discovered; it included numerous handwritten edits. Cox, Woman and the Dynamo, 305.