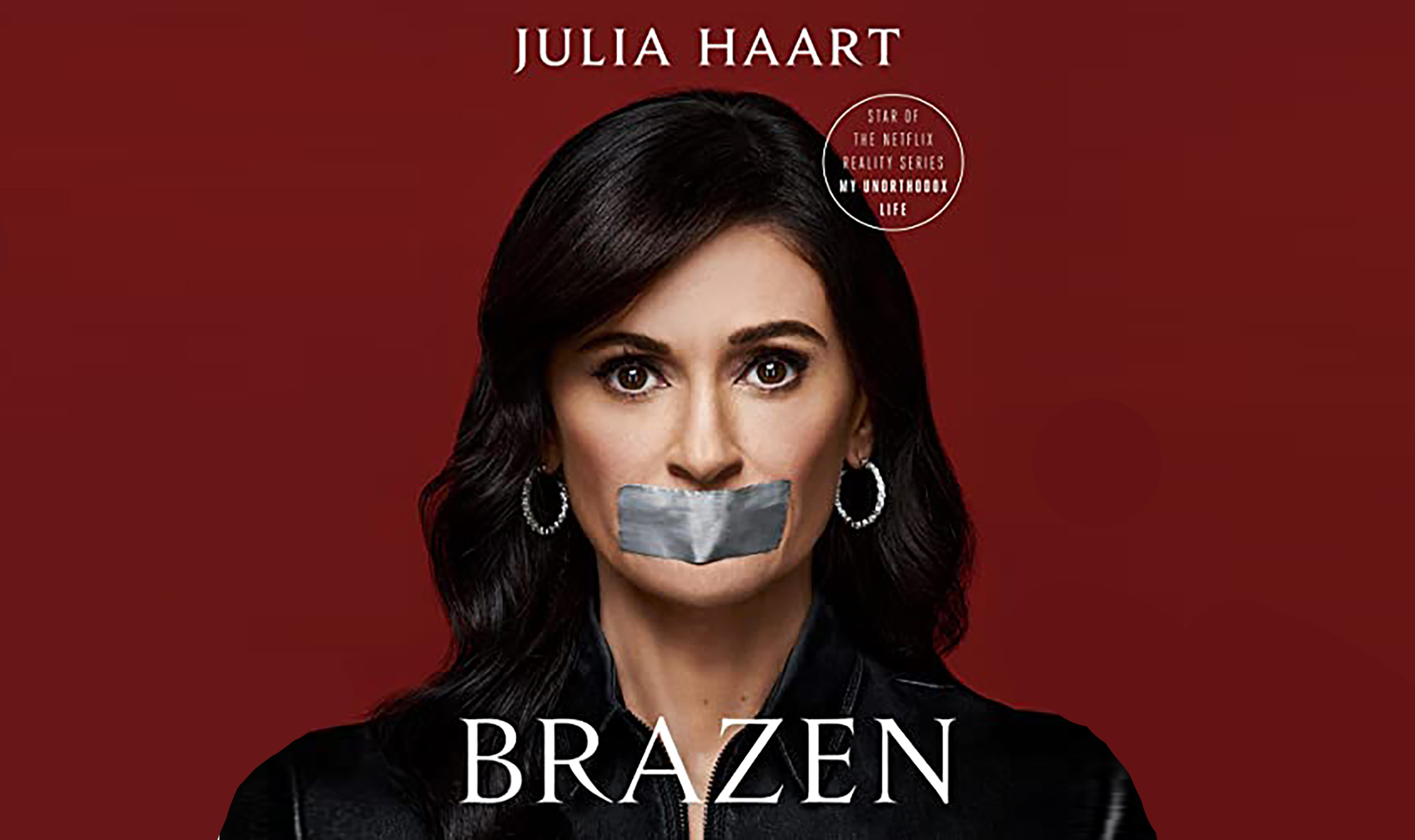 Brazen: From Long Sleeves to Lingerie by Julia Haart

Freedom has been the single driving force of my life. —Julia Haart (398)

Imagine being unable to touch your spouse for twelve days every month because of an ancient superstition.1 Imagine spending an entire day every week not using electricity, traveling, or working in any way. Imagine never watching TV, and rarely, if ever, watching movies. Imagine having to cover your hair, collarbones, knees, ankles, and elbows, regardless of the weather. Imagine being permitted only to shop at certain stores, eat at certain restaurants, dance in certain ways, and read certain books.

This is the reality for women living in ultraorthodox Jewish communities such as Monsey, New York, where Julia Haart grew up (men are subject to similar restraints). Her parents brought her into that community as a young child after fleeing Soviet Russia, and in Brazen: From Long Sleeves to Lingerie, she tells in vivid detail the incredible story of her personal journey to freedom. It’s a story of personal achievement, in which she developed her love of clothes and shoes into a career as a fashion designer, overcoming the irrational restrictions of the religion in which she was raised. So how did she go from being covered head to toe to designing lingerie?

After Haart and her parents moved to the United States, distant relatives encouraged them to descend deeper and deeper into orthodox Judaism. Eventually, they moved to Monsey, an ultraorthodox community, where she went to an all-girls school that focused heavily on religious studies, prohibited the girls from playing sports, and strictly limited their activities in other fields, such as dancing. As she grew up, she learned that the most socially acceptable career for a man was as a rabbi and the only permitted jobs for women were as teachers or secretaries—and only in religious institutions. . . .

Brazen, the story of how @JuliaHaart became an independent-minded, life-loving woman, is a welcome reminder of how rich and beautiful the world is—and why everyone should be free to enjoy it.
Click To Tweet

View all articles by Angelica Walker-Werth →
Letter to the Editor
Classified: The Untold Story of Racial Classification in America by David E. BernsteinNotes on the State of Virginia: An Annotated Edition, by Robert Pierce Forbes

1. Certain Jewish communities consider women on their menstrual cycle unclean; thus, they are not to touch their husbands for its duration, so as not to sully him. Some rabbis suggested women also refrain from touching their husbands for an additional seven days after the end of her cycle, to ensure purity. The practice has mostly, but not entirely, been abandoned in modern times; see Beth Wenger, “Mikveh,” Jewish Women’s Archive, June 23, 2021, https://jwa.org/encyclopedia/article/mikveh#:~:text=The%20book%20of%20Leviticus%20declared,seven%20%E2%80%9Cclean%E2%80%9D%20days%20afterward.