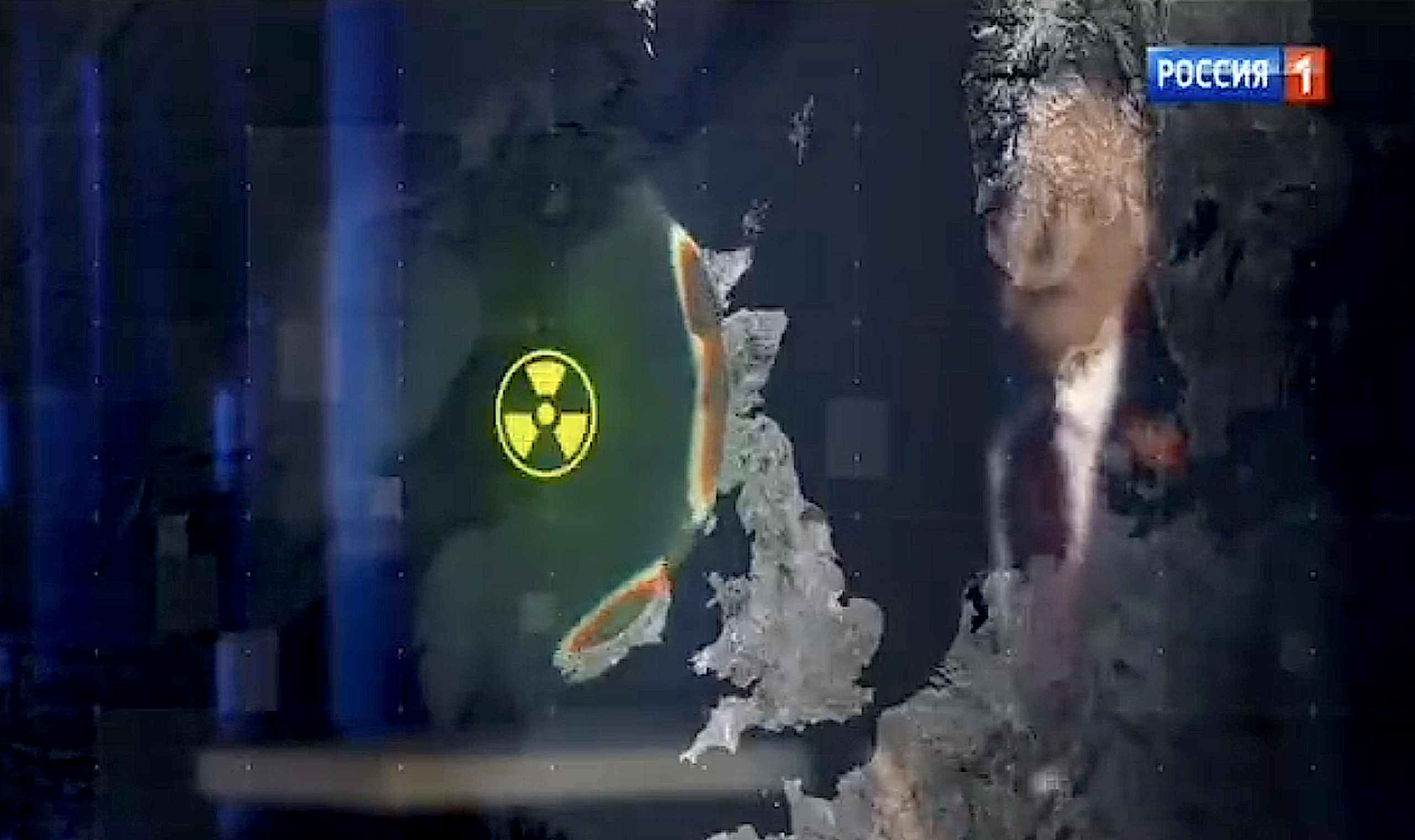 Russia Shows Why Britain Was Right to Send Weapons to Ukraine

In a chilling display of the Russian regime’s complete disregard for human life, state-run Channel One recently aired a segment showing how Russia could wipe Britain out of existence by detonating a thermonuclear device under the sea. The clip has graphics of 500-meter-high tsunamis generated by the blast wholly submerging the British Isles, home to seventy-two million people. It describes how the attack would render the area an uninhabitable radioactive wasteland for thousands of years.1

In the segment, Channel One host Dmitry Kiselyov presents this attack as retaliation for Britain sending weapons to help the Ukrainians defend themselves against Russia’s invasion. But his segment, and the threat it represents, is evidence of why Britain was right to do this. Many thought the fall of the Soviet Union had marked the end of Russia threatening the West, but the Kremlin has continued to threaten Britain in the years since. Under Putin’s regime, Russia has repeatedly sailed warships through the English Channel, flown military aircraft into British airspace (as well as that of other countries, including Norway and Japan), carried out attacks in Britain using radioactive and chemical agents, and openly threatened Britain with war.2

Russia has firmly and unquestionably established itself as a threat to Britain and the civilized world. . . .

In deciding how to respond to Russia’s actions, Western governments must recognize the Russian regime for what it is: A despotic dictatorship bent on conquest with no regard for the lives or rights of individuals—a threat to everyone everywhere.
Click To Tweet