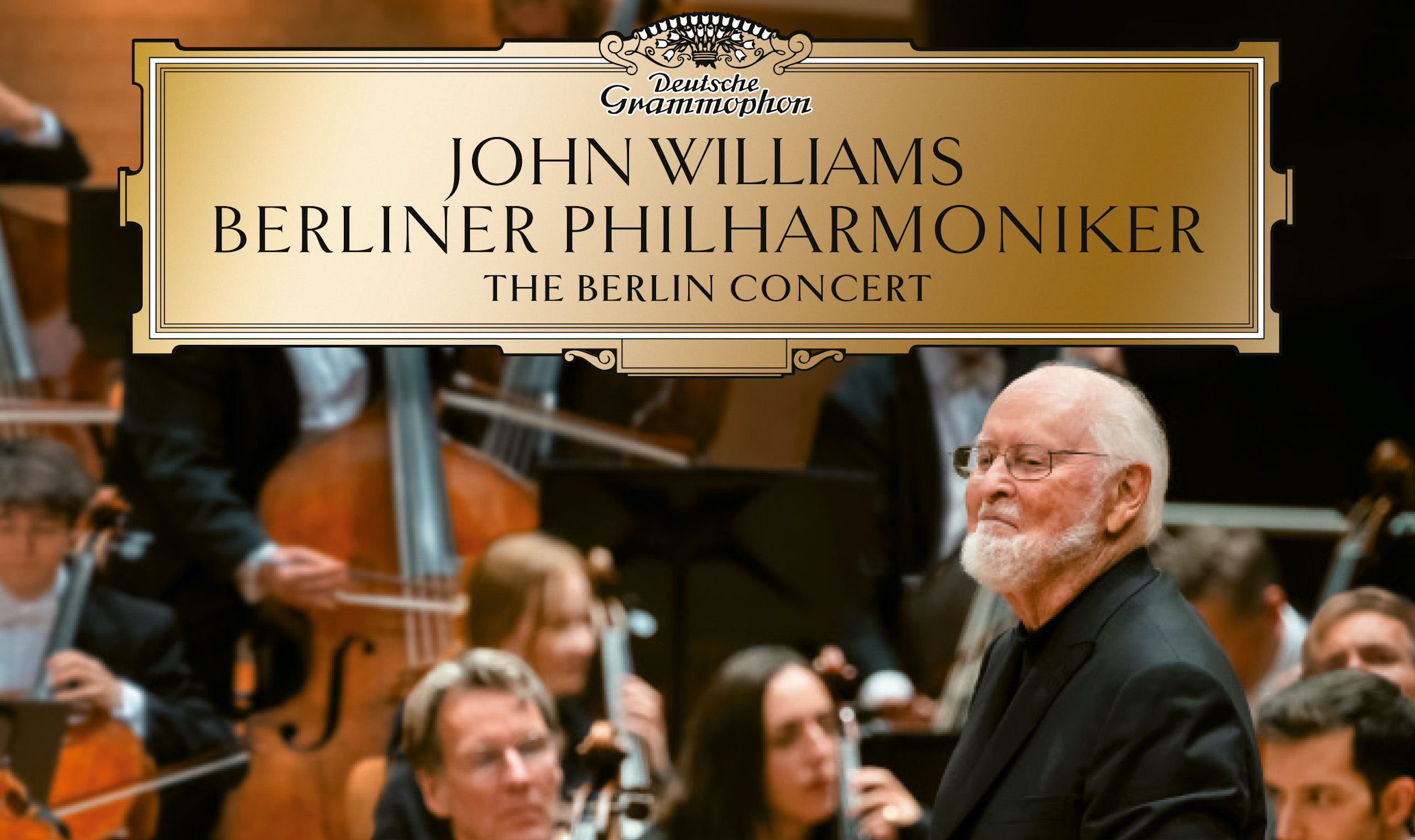 Overcome with emotion upon seeing a cut of Schindler’s List, which Steven Spielberg had asked him to score, John Williams said, “I think you need a better composer than I am for this film.” “I know,” Spielberg replied, “but they’re all dead.”1 Williams may be the most decorated composer in history—only Walt Disney has more Oscar nominations—but the proof that he’s one of the greatest, not only of our time but any, is directly audible in his instantly recognizable musical voice. The magic, majesty, and lyricism of that voice are beautifully captured in this new live recording of Williams conducting the Berlin Philharmonic: John Williams: The Berlin Concert. No single recording could exhaustively capture even just the highlights of Williams’s career, spanning six decades, but Deutsche Grammophon’s latest culls a varied set of gems, from the uplifting Olympic theme, to the sinister sounds of Close Encounters, to anthems from the beloved Harry Potter, Indiana Jones, and Star Wars franchises.

One shudders to think this voice of American cinema nearly opted for a career not in composition, but in performance, especially given that he was practically groomed to create the sorts of epics that he has. “I became fascinated and had a love affair with orchestra itself, as an instrument to deliver music, when I was very, very young,” he recalled. His father was a professional musician who worked for the CBS orchestra in New York City. “His friends were all musicians in the orchestra, so I thought that when you grew up, you became a musician. That’s the only kind of adult that I knew.” Williams would attend his father’s radio rehearsals and soon became enamored of the orchestra as a tool for conveying powerful emotions, especially as accompaniment to film. “I loved the action movies,” he said, “and I loved the swashbuckling and sword fighting, because I always thought, Oh, that’s the most exciting music.”2 . . .

John Williams is an American treasure whose uplifted view of man’s potential is strewn across galaxies, our own and those he’s helped to create.
Click To Tweet