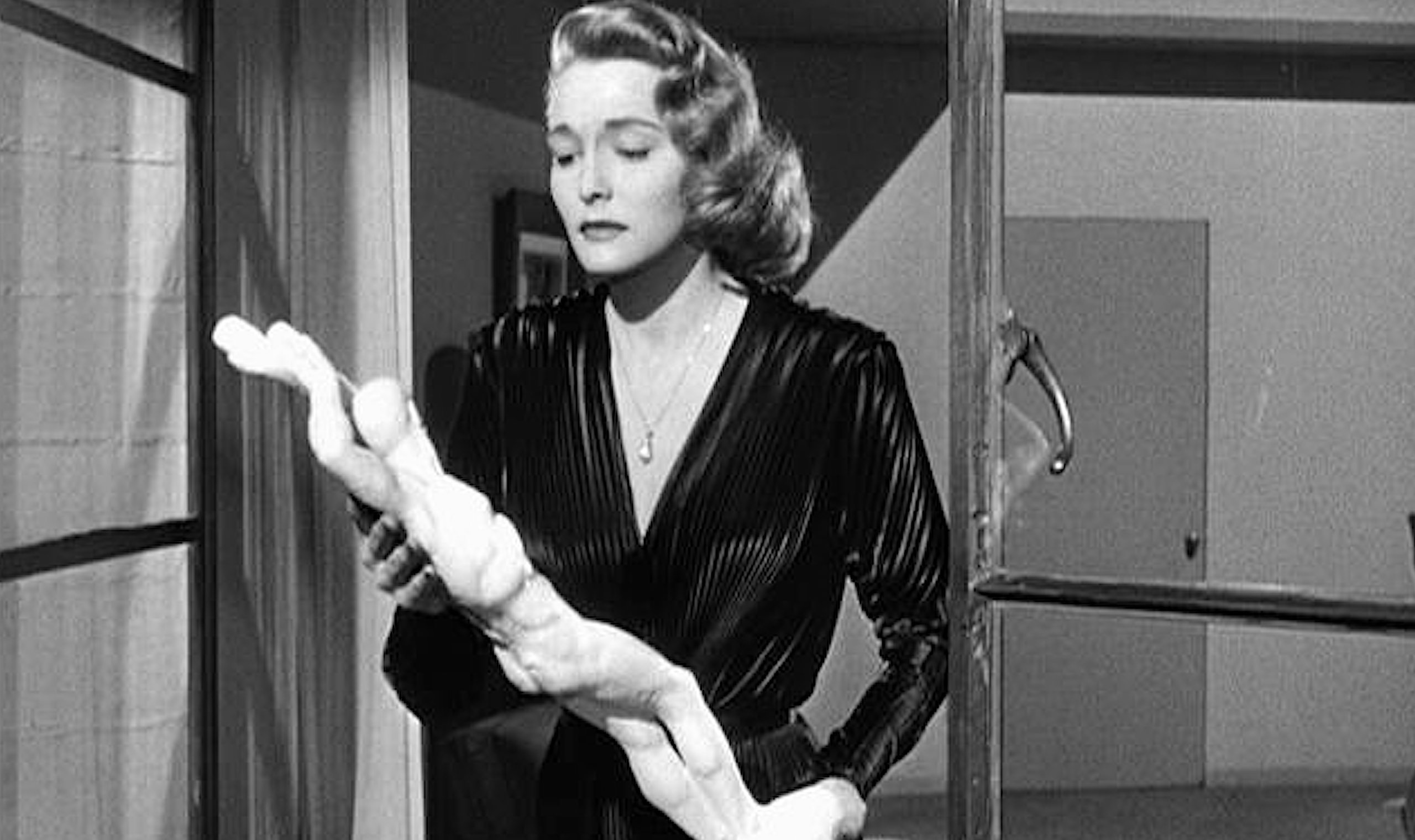 Author’s note: This article contains spoilers for and presumes knowledge of The Fountainhead.

I have taught The Fountainhead as a primary text in ethics courses for thirty years, to thousands of students, and I’ve found that many of even the best students misunderstand the motives and actions of one of the book’s main characters—and one of Ayn Rand’s most intriguing creations—Dominique Francon. For example, some are confused regarding her resistance the first time they have sex, unable to discern whether it’s consensual or rape. Some have no idea why—despite her deep love for Roark—she allies with the repulsively evil Ellsworth Toohey to wreck Roark’s career. Some do not understand why she marries Peter Keating and later Gail Wynand. Some think she is crazy. One student never referred to Dominique by name; she just called her “Psycho-Broad.”

Even Toohey, who knows her well and who, at times, can decipher what he terms “the style of a soul,” misunderstands her. “Wasn’t it obvious?” he says. “The woman scorned. As obvious as the fact that Roark had to be the man you’d want. That you’d want him in the most primitive way. And that he’d never know you existed.”1 Toohey, oblivious to the passionate nights the two lovers spend together, interprets Dominique’s crusade against Roark’s career as the actions of a bitter woman repudiated by the man for whom she lusts. On another occasion, Dominique says to Toohey, “I know what I am. . . . I’m just a bitch.” Toohey responds, “You’re something much worse than a bitch. You’re a saint.”2 The truth is that she is neither.

Because she is the story’s heroine and second most important character, we will not fully understand The Fountainhead (arguably one of the greatest novels in literature) if we do not comprehend her character. A number of important questions surround her, none as controversial as the so-called rape scene. After all, she works diligently to lure Howard Roark into her bedroom, but then strenuously resists once she has him there; and she calls it “rape” several times afterward. Yet, she is deeply, profoundly in love with Roark. Did she fall in love with a brute who raped her? Is their first sexual encounter literally a rape?

Ayn Rand provides abundant clues, which, when pieced together, reveal exactly who and what Dominique Francon is. Let us start with a refresher on the basics of her character.

Dominique is the daughter of Guy Francon and his deceased wife, from whom she has inherited a good deal of money. Francon is the most prestigious and commercially successful architect in the country, but he is an unoriginal designer—an unprincipled phony who schmoozes glibly and gives clients what they have been taught to desire: imposing structures in the Classical style.

When we meet Dominique, she has recently graduated from college. She writes a column, “Your House,” for the New York Banner, a pandering popular scandal sheet owned by the wealthy but unprincipled entrepreneur Gail Wynand. Rand describes her through the eyes of Peter Keating, who is employed by and copies her father. Keating, even more than his boss, is an aggressive social climber who seeks commercial success not via talent and work ethic but by charm, good looks, social graces, and manipulativeness. His first impression of Dominique is this:

Her slender body seemed out of all scale in relation to a normal human body; its lines were so long, so fragile, so exaggerated that she looked like a stylized drawing of a woman and made the correct proportions of a normal being appear heavy and awkward beside her. . . . She had gray eyes that were not ovals, but two long, rectangular cuts edged by parallel lines of lashes; she had a face of cold serenity and an exquisitely vicious mouth.3

Her conversational style is laced with a barbed wit that comes out even more fiercely in her column. For example, Keating tells her that Gail Wynand—her boss—must be an interesting person. She responds, “Undoubtedly. When I’m in a mood for something decadent I’ll probably meet him.”4 Keating asks if she knows Toohey, who society universally regards as a moral paragon. She says, “Oh Ellsworth Toohey. . . . He’s wonderful. He’s a man I always enjoy talking to. He’s such a perfect blackguard.”5 When Keating proposes to her, she answers, “Peter, if I ever want to punish myself for something terrible, if I ever want to punish myself disgustingly—I’ll marry you.”6

To appreciate the cutting quality of her writing, observe the style of her praise for Roark’s brilliant Enright House. She writes: . . .

Dominique Francon is a profoundly complex character and a brilliant creation of Ayn Rand. Morally, she is of nobility, fit to be a queen, and it is right and proper that she is the ruler of Howard Roark’s heart.
Click To Tweet

View all articles by Andrew Bernstein →
Seven Poems on the Power of MusicAyn Rand vs. Classical Economists

17. The book provides much textual evidence for concluding that Toohey is a Marxist. He repeatedly and subtly hints of class war, collectivism, and a planned society. In his background chapter, he abandons religion for socialism. In his confession speech to Keating near the end, he gloats that in the collectivist world to come, he will rule. Notice that he never speaks of race war—he’s not a Nazi; he repeatedly speaks of class war—he’s a communist. One illustrative scene in this regard is when he speaks at the rally for striking workers: “Let us organize. Let us organize. Let us organize.”

36. In this edition, it reads “bit her lips.” This is a typo. The proper wording, as made clear in earlier editions (and by the context), is “bit his lips”; Rand, The Fountainhead, 217.