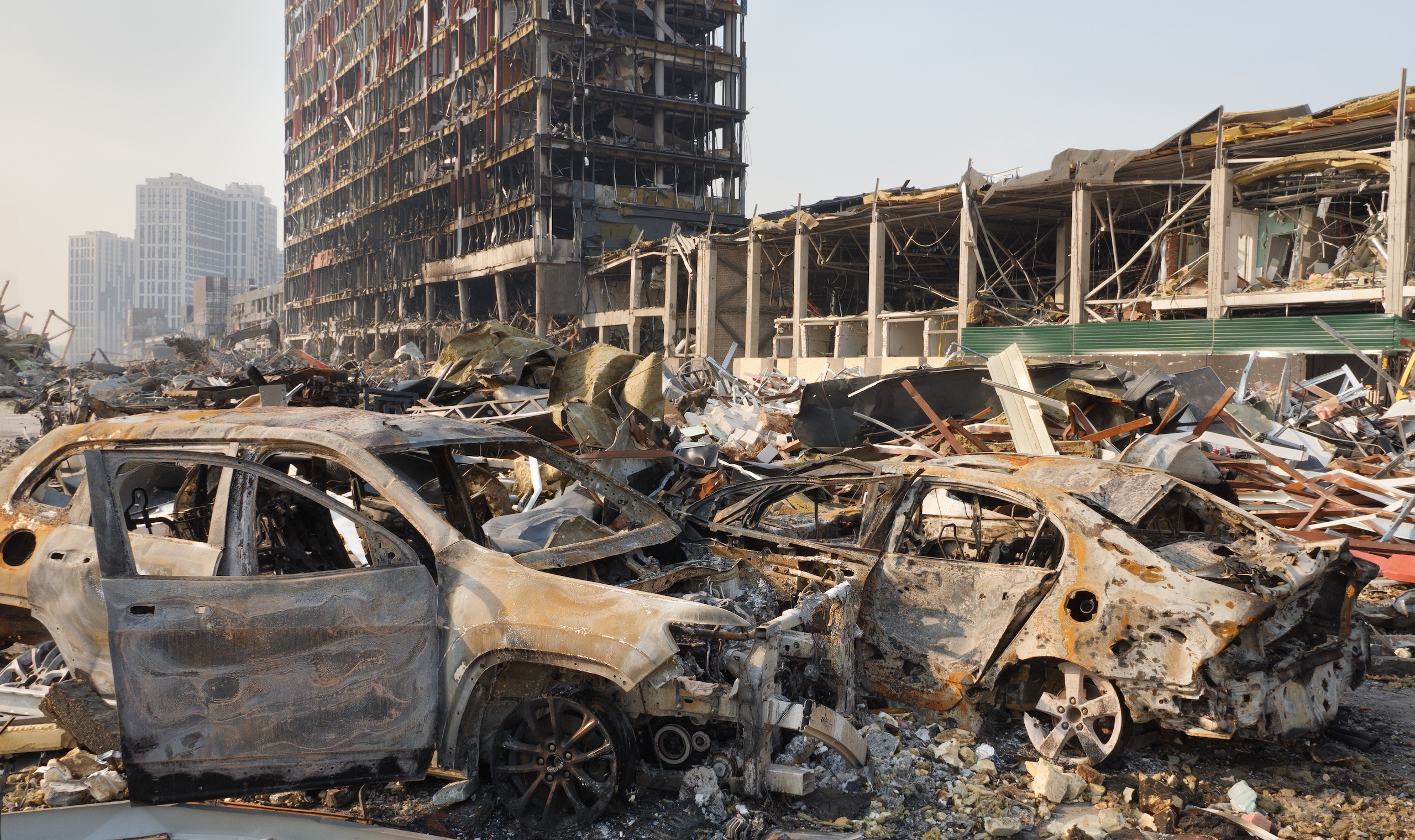 The Collectivist Roots of Russian Atrocities

Since Russia’s invasion of Ukraine in February, horrific stories have emerged of Russian forces killing, maiming, and raping civilians. Shortly after the invasion began, Russian soldiers intentionally drove tanks over cars with people inside.1 In the days that followed, soldiers shot at civilians and bombed residential areas.2 In April, after the Russian retreat from Bucha (a town outside Kyiv), Ukrainian forces discovered the bodies of murdered civilians, some killed with their hands tied, some sexually violated, others missing limbs.3 These were not isolated incidents, but part of a concerted, intentional targeting of civilians by Russian forces, consistent with their tactics in previous conflicts in Syria and Chechnya.4

Naturally, these atrocities have elicited shock from people across the world. Many are asking “How could people do such horrible things to other human beings?” In response, some are pointing to the 1940 Katyn Massacre, in which Soviet forces, under the direction of Lavrentiy Beria, executed 22,000 Polish officers and intellectuals.5 But the fact that it has happened before doesn’t explain what enables such horrors, which we must understand if we are to prevent them in future. To do that, we must understand the ideology behind both atrocities, and all such atrocities throughout human history. That ideology is collectivism.

Vladimir Putin explicitly embraces collectivism. Asked in a television interview about the fundamental differences between America and Russia, he answered: “The foundation of the American consciousness is the idea of the individual. The foundation of the Russian consciousness is the idea of the collective. . . . These are two different philosophies of life.”6

Collectivism, as philosopher Leonard Peikoff describes in his book The Ominous Parallels, is:

the theory that the group (the collective) has primacy over the individual. Collectivism holds that, in human affairs, the collective—society, the community, the nation, the proletariat, the race, etc.—is the unit of reality and the standard of value. On this view, the individual has reality only as part of the group, and value only insofar as he serves it; on his own he has no political rights; he is to be sacrificed for the group whenever it—or its representative, the state—deems this desirable.7

Peikoff identified this ideology as the cause behind the rise to power of the National Socalist (Nazi) Party in Germany during the 1930s. . . .

The only antidote to the collectivism behind Russia's appalling atrocities in Ukraine is a principled defense of the very ideas Vladimir Putin opposes: individualism and individual rights.
Click To Tweet

3. Samantha Lock and Léonie Chao-Fong, “Russia-Ukraine War: What We Know on Day 40, Including the Bucha Killings,” The Guardian, April 4, 2022, https://www.theguardian.com/world/2022/apr/04/russia-ukraine-war-what-we-know-on-day-40-including-the-bucha-killings.

4. by Emma Graham-Harrison and Joe Dyke, “How Russia Is Using Tactics from the Syrian Playbook in Ukraine,” The Guardian, 24 March 2022, https://www.theguardian.com/world/2022/mar/24/how-russia-is-using-tactics-from-the-syrian-playbook-in-ukraine.

9. “In the book, Dugin argues that to return to its former might, Russia must ensure that ‘Atlanticism’ – the liberalism, free markets and democracy representing North America and Western Europe – loses its influence over ‘Eurasia’ – the territories once governed by the Soviet Union, which needs to stand for hierarchy, tradition and a strict legal structure.” Santiago Zabala and Claudio Gallo, “Putin’s Philosophers: Who Inspired Him to Invade Ukraine?,” Al Jazeera, March 30, 2022, https://www.aljazeera.com/opinions/2022/3/30/putins-philosophers.