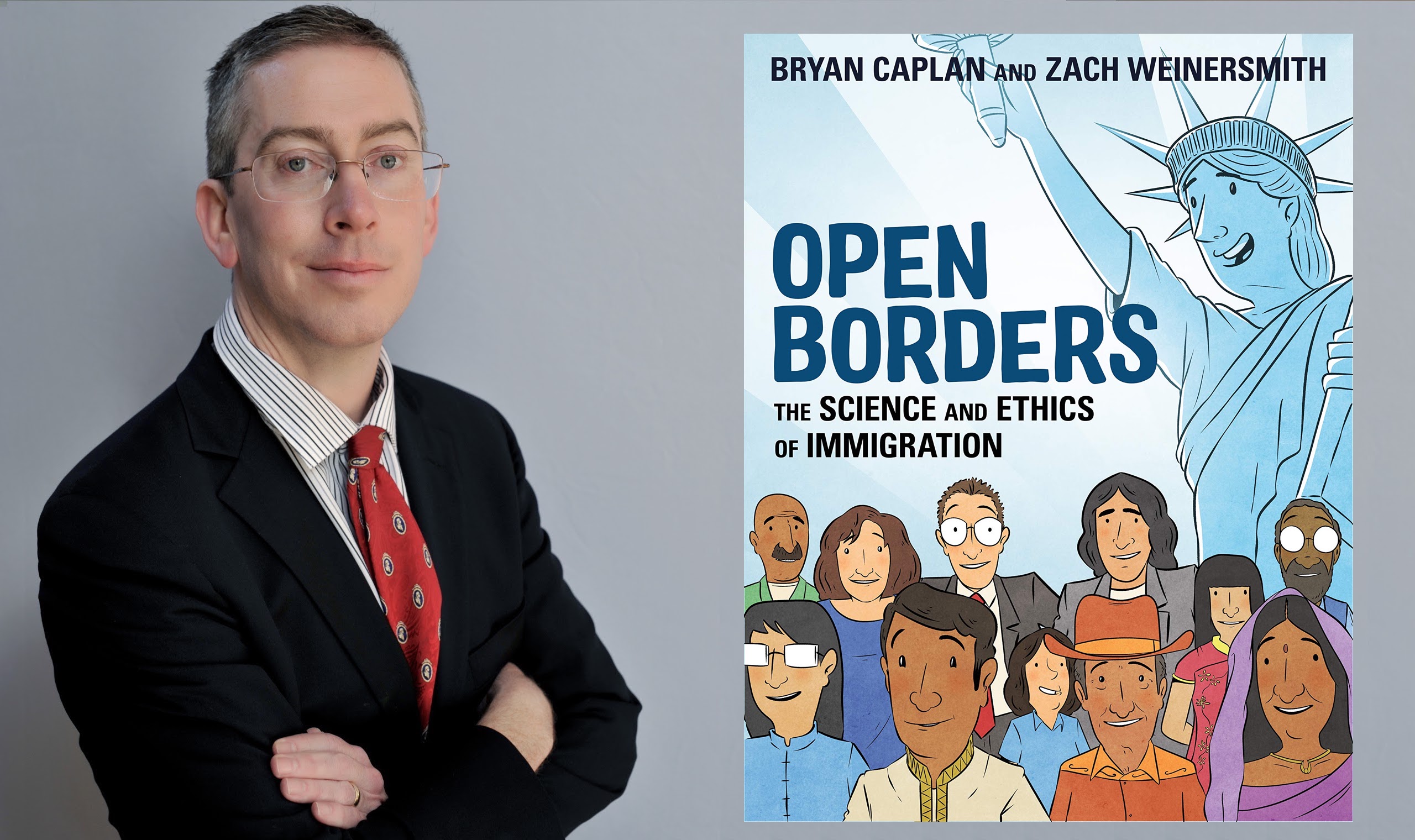 Bryan Caplan on Freedom and Innovation

At Students for Liberty’s Freer Future Fest in Nashville, I spoke with Dr. Bryan Caplan about freedom and innovation. Caplan is a professor of economics at George Mason University, a scholar at Cato Institute, and the author of four books (plus several in progress), most recently Open Borders: The Science and Ethics of Immigration. I’ve edited the transcript for brevity and clarity. You can listen to the original conversation on the “Innovation Celebration” podcast.

Angelica Walker-Werth: Thank you so much for taking the time to speak with me today.

Bryan Caplan: It’s a pleasure to be here.

Walker-Werth: In Open Borders, you mention that having open borders and more immigration would greatly improve the economy in terms of GDP. Do you think that increased immigration would have an effect on innovation? And is that part of what’s driving that growth?

Caplan: Absolutely. The main thing to understand about innovation is that it’s very closely connected to population. The great economist Julian Simon, as well as Michael Kremer at MIT, have surveyed human history, and here’s the amazing thing: Almost all new ideas come from populous, connected areas of the world. In the pre-Columbian era, almost all new ideas came from Eurasia, which, if you look at a map, was one of the most populated, connected areas of the world. After that, idea creation started spreading. More people means more minds, which means more possibility for creativity. More people also means more customers. Combining the greater supply of ideas from a larger population with the greater demand of the larger customer base is an essential part of the recipe for innovation.

The key thing about immigration is that it rescues people from places where they would never have contributed what their minds are capable of, because those places are outside the main loop of the modern economy. Immigration brings people from the periphery to the center, where they can actually contribute.

I like to talk about the old show Gilligan’s Island, which is not a great show, but it makes a great economic point. There are only seven people, one of whom is the professor, and he has a brilliant mind. But with only seven customers (counting himself), if the professor comes up with a one-penny-per-person idea, that’s not worth even a couple minutes of his time. If the professor were back on the mainland with 7.5 billion customers, on the other hand, a one-penny-per-person idea is a $75 million idea. And the benefits of that idea are enjoyed by every one of those customers. . . .

1. The income effect is the decrease in demand when the price of a good increases. The substitution effect is the effect of price changes on demand overall; if the price of a good increases, but a consumer’s total consumption remains the same, the consumer will typically purchase fewer units of that good. As applied to protectionism, Caplan writes, “innovation is subject to both the substitution and income effects. Giving firms a protected market raises the incentive to improve (the substitution effect), but also gives firms the breathing room they need to take it easy (the income effect).”