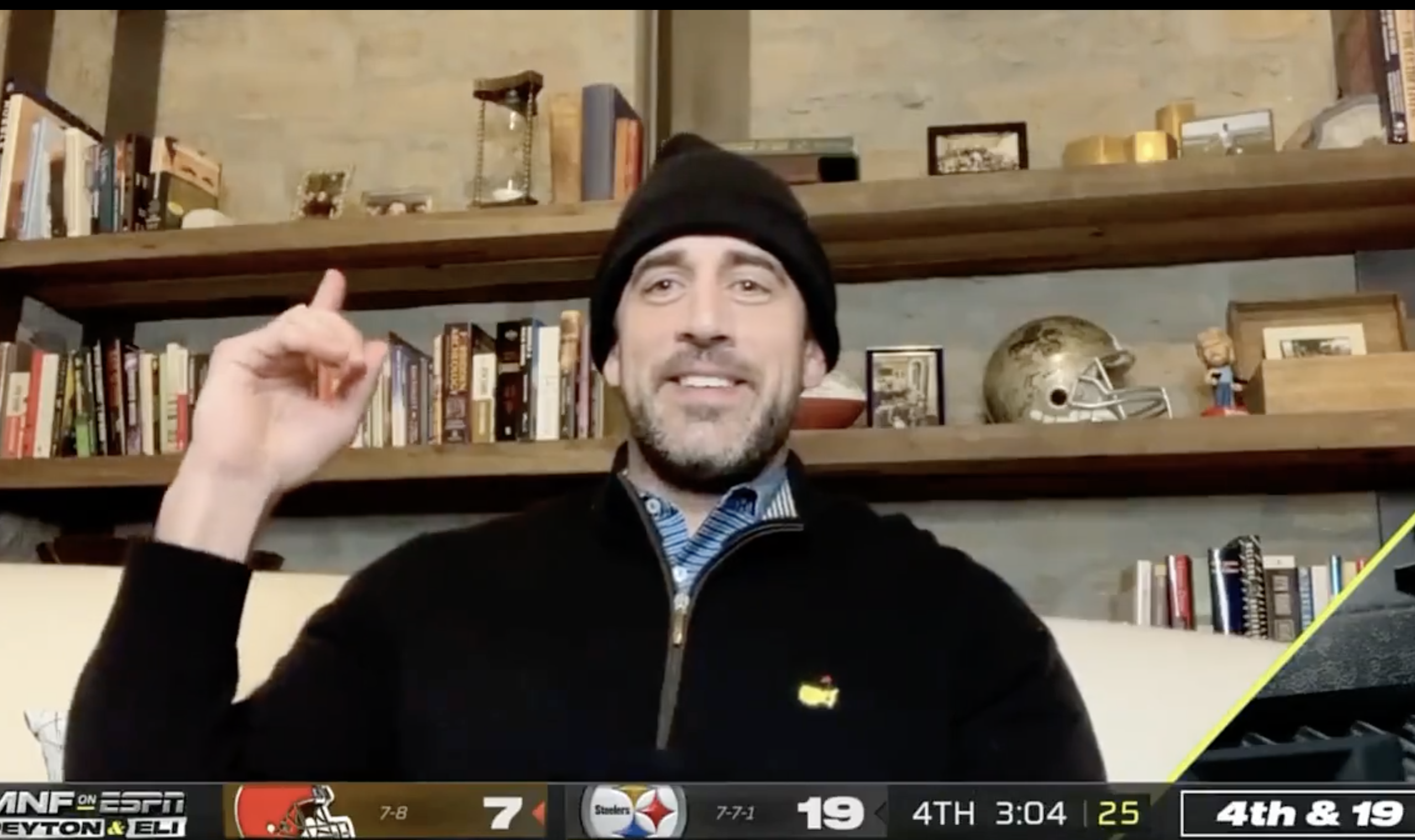 On January 4, Justin Kirkland published an “article” in Esquire titled “Of Course Aaron Rodgers Loves Atlas Shrugged.” The word “article” is in scare quotes because Kirkland’s piece, like much modern “journalism,” bears little resemblance to actual journalism. (And shame on Esquire’s editors for running such a dishonest hit piece.)

Genuine journalists have two basic choices about how to write articles that are meant to inform or persuade readers. They can either attempt to draw conclusions or refrain from doing so, but both approaches require the journalist to accurately report facts and evidence (or the lack thereof). The title of Kirkland’s piece draws a specific conclusion and is a giant IOU to readers—it heavily implies that Rodgers’s actions are consistent with Ayn Rand’s philosophy of Objectivism, and it contains a baked-in promise that the writer will offer evidence in support of that claim.

Kirkland’s “article,” however, contains sixteen insults and zero evidence or arguments to support his headline. This is not journalism. Kirkland is simply using Esquire as a platform to broadcast his personal dislike of Ayn Rand and her novel, as is the case in almost all published criticisms of Rand that I’ve ever seen (and I’ve seen a lot of them).

Kirkland opens his diatribe by describing Atlas Shrugged as the “noted favorite novel of Aaron Rodgers and every 17-year-old libertarian interested in majoring in fuh-nance,” immediately substituting personal attacks for evidence-based arguments by invoking a common, uncharitable stereotype of young libertarians. (This claim is simply a lie; Rodgers never said that Atlas Shrugged is his favorite novel—we’ll address his actual statement later.) Kirkland goes on to say that the book “represents an ideology that values the individual and his own decisions, or, as my friend Zack used to say, it’s a ‘real douche-nozzle’s guide to the world.’”1

In his article for @Esquire, @justinkirkland4 takes for granted that Atlas Shrugged is a bad book and that @AaronRodgers12’s behavior exemplifies its content—without providing a single shred of evidence to support either conclusion.
Click To Tweet

View all articles by Tim White →
Letter to the Editor
Greg McKeown Will Speak at TOS-Con 2022Star Trek, Marx, Maezawa, and the Moneyless Dream: Utopian or Dystopian?