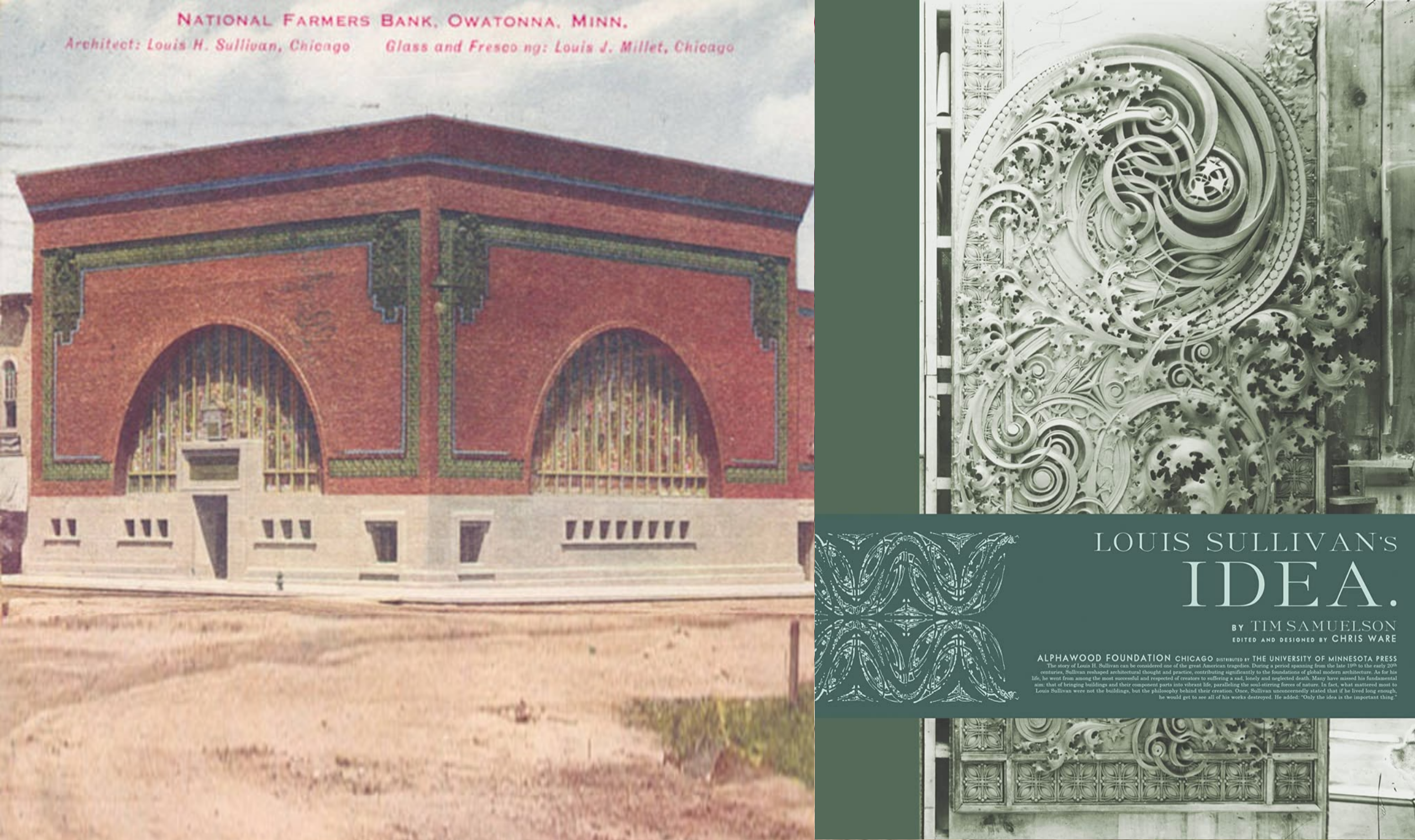 On the night the Chicago Auditorium was dedicated in 1889, none of the dignitaries who spoke to the overflow crowd—which included the president and vice president of the United States—mentioned its architect, thirty-three-year-old Louis H. Sullivan. The ornate theater was an astounding feat of technical ingenuity and innovative design that remains one of Chicago’s most celebrated landmarks. Yet Sullivan is said to have spent the evening in the building’s barroom by himself.

It’s a fitting image of a man who was one of America’s greatest builders but who, only a few years later, found himself forgotten, and whose refusal to compromise his designs helped drive him into poverty. Fortunately, Tim Samuelson and Chris Ware have produced this hefty monograph to help preserve his work and encourage a new generation’s interest in a man justly considered the father of the skyscraper. Illustrated with hundreds of archival photographs, paintings, and documents, Louis Sullivan’s Idea is less an introduction to Sullivan—it includes no modern color photos of his buildings, so readers unfamiliar with his work may want to examine those first—than an exhibition of this revolutionary’s accomplishments.

He was born in Massachusetts in 1856, the year Henry Bessemer patented a new process for removing impurities from iron, enabling the mass production of high-strength steel, and four years after Elisha Otis demonstrated the first mechanical elevator safe enough to carry human beings. Together, these inventions made possible an architectural revolution, pushing buildings higher into the sky than could be done with mere brick or stone.

Art, however, took a while to catch up with technology. . . .

Louis H. Sullivan's buildings are the remaining monuments to a genius who gave voice, as no artist had ever done before, to the distinctive achievement of the modern age: the skyscraper.
Click To Tweet