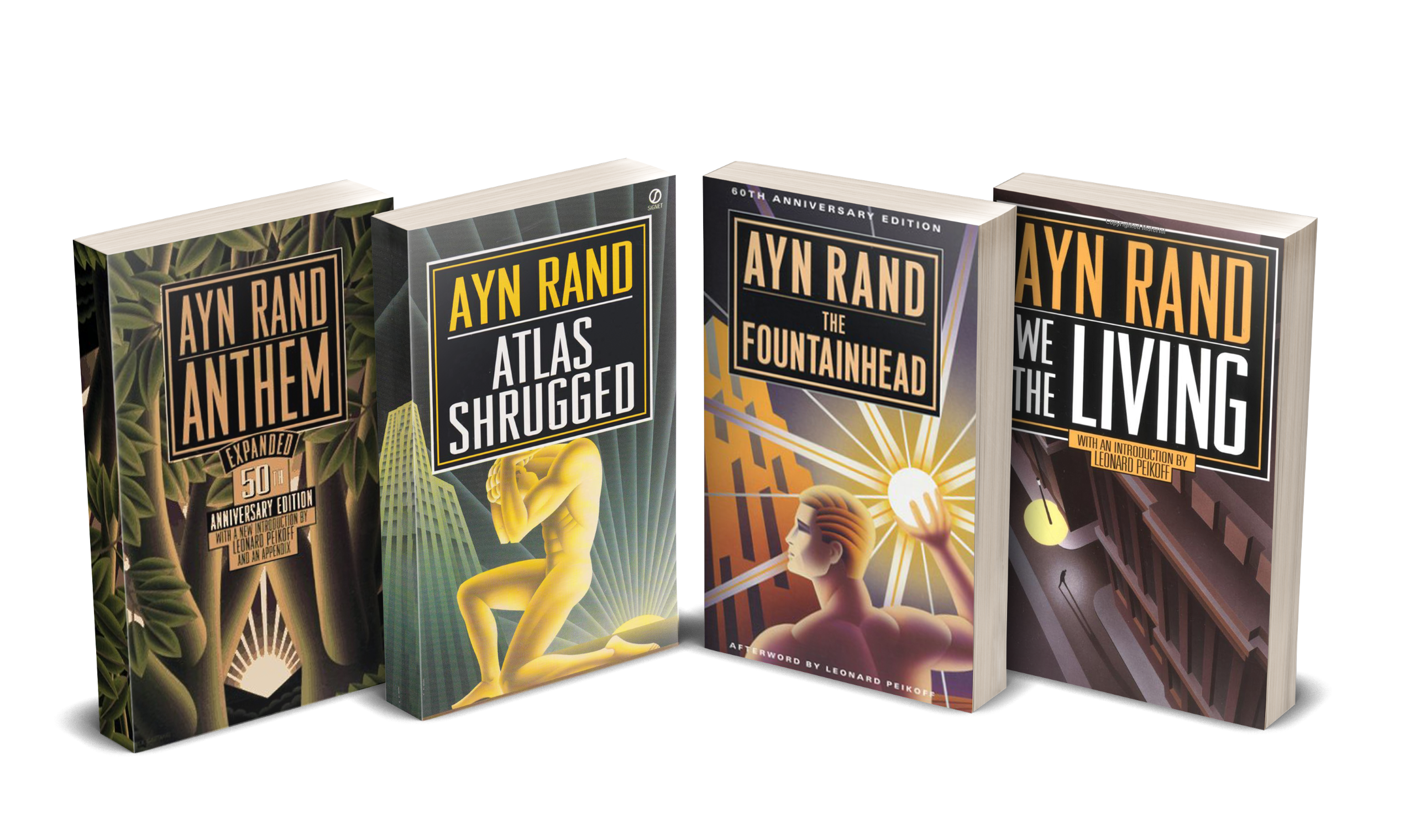 I’m often asked by people who have never read Ayn Rand which of her works they should start with. They decide to read her for all sorts of reasons.

Some have heard mocking criticisms of Rand’s novels and ideas and, being too independent to merely take another’s word for it, set out to assess her work for themselves. Others had their curiosity piqued by admiring remarks from such well-knowns as Rand Paul, Angelina Jolie, Dax Shepherd, and even Ted Lasso (the title character of the award-winning Apple TV show). Some young readers, in search of exhilarating stories, stumble upon Rand’s epic works but are told they’re too young for the heft and depth of Atlas Shrugged or even The Fountainhead.

Where in Rand’s corpus should a curious reader begin? As someone who’s read it all, I would say that, for most people, there’s no better place to start than with one of Rand’s major works of fiction—Atlas Shrugged, The Fountainhead, We the Living, or Anthem—and I suspect Rand would agree. Although she wrote mountains of nonfiction detailing her philosophy, including a one-hundred-plus-page monograph on the nature of conceptual knowledge, Rand often characterized her philosophy as a means to the end of bringing to life her artistic vision. In an essay titled “The Goal of My Writing,” she declared:

Since my purpose is the presentation of an ideal man, I had to define and present the conditions which make him possible and which his existence requires. Since man’s character is the product of his premises, I had to define the kind of premises and values that create the character of an ideal man and motivate his actions; which means that I had to define and present a rational code of ethics. Since man acts among and deals with other men, I had to present the kind of social system that makes it possible for ideal men to exist and to function—a free, productive, rational system, which demands and rewards the best in every man, great or average, and which is, obviously, laissez-faire capitalism.1

Rand held that art is a necessary component of human life, concretizing our widest beliefs about the world and our place in it; “Art is the technology of the soul,” she memorably put it.2

Where in Ayn Rand's corpus should a curious reader begin? Nine times out of ten, I recommend first-time readers of Rand start with one of her major works of fiction. They are an enduring fount of optimism, encouragement, perspective, and delight.
Click To Tweet

3. Ayn Rand “The Psycho-Epistemology of Art,” The Romantic Manifesto, 23.

15. See Dina Schein Federman, “We the Living and the Rosenbaum Family Letters,” and Scott McConnell, “Parallel Lives: Models and Inspirations for Characters in We the Living,” both in Essays on Ayn Rand’s We the Living, second edition, edited by Robert Mayhew (Plymouth, UK: Lanham Books, 2012).

21. From Ayn Rand, Ideal, quoted in The Fountainhead, viii.