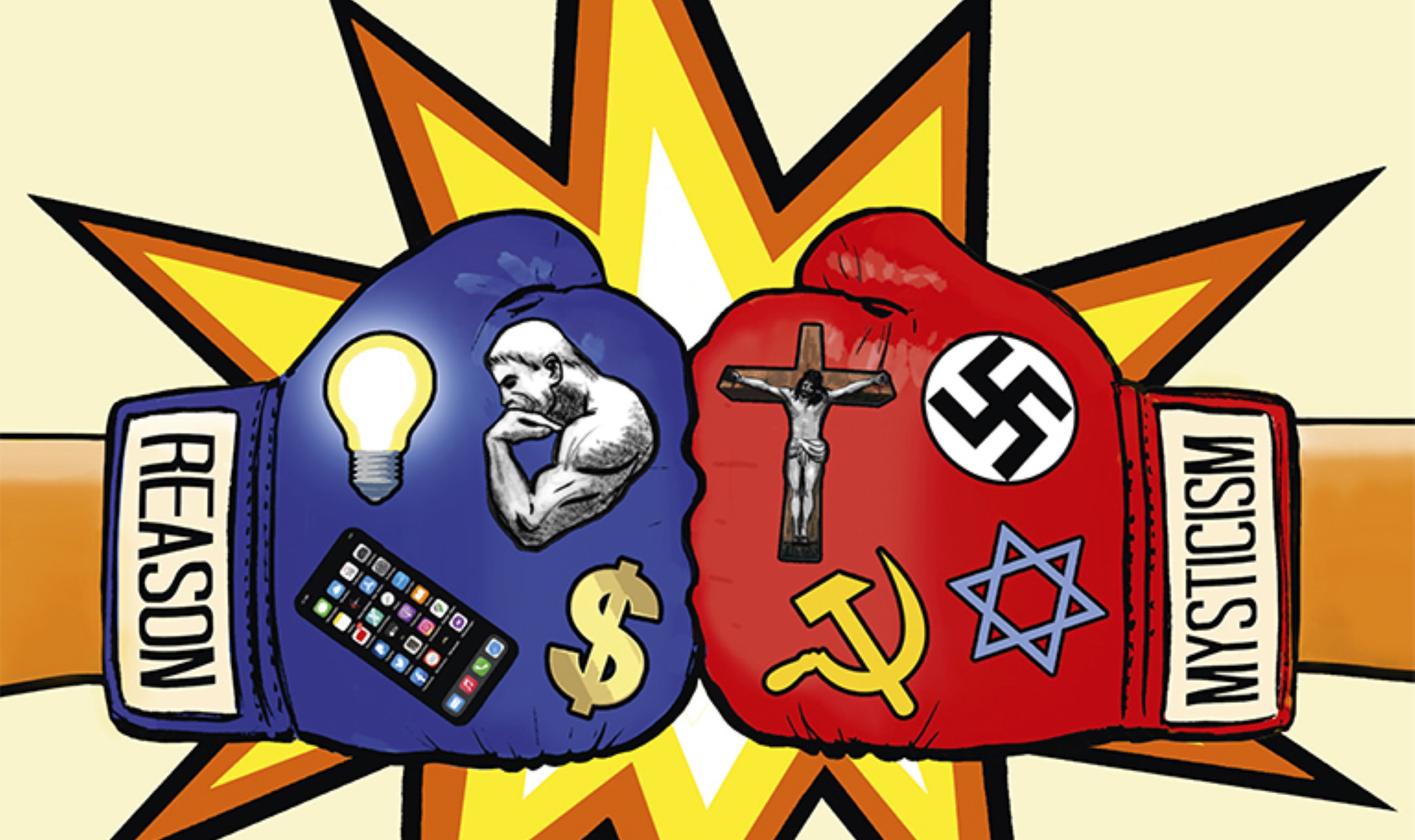 Reason vs. Mysticism: Truth and Consequences

How do we know what is true or false, good or bad, right or wrong? What is our means of knowledge?

Is knowledge a product of reason, observation, and logic? Is it a product of religious faith or social consensus? Is it acquired through a mixture of these—or perhaps some other means?

Reason and How It Works

Reason, as the philosopher Ayn Rand observed, is the faculty that identifies and integrates the material provided by man’s senses.1 It operates by means of perceptual observation, conceptual integration, and logic.

In using reason, we perceive things, such as rocks, roses, people, and birds—and we observe their qualities and actions, such as hardness, redness, speaking, and flying. We mentally integrate our observations into conceptual abstractions, such as “rock,” “bird,” “speak,” and “fly”—and we integrate our concepts into increasingly abstract concepts, such as “animal,” “life,” “inanimate,” and “mortal.”

We further integrate our concepts into propositions and generalizations, such as “roses can be red,” “rocks are inanimate,” and “animals are mortal”—and into principles, such as “living things must take certain actions in order to remain alive” and “people must acquire knowledge in order to live.”

By enabling us to mentally integrate our perceptions into abstractions (concepts, generalizations, etc.), reason enables us to acquire, retain, and use a vast network of observation-based conceptual knowledge—from the principles of hunting to those of biology, to those of physics, engineering, art, and psychology.

Of course, human beings are fallible; we can err in our thinking. So, in order to correct any misconceptions or errors we might make, we must check our ideas for correspondence to reality. Our touchstones for this are the basic laws of nature: the laws of identity and causality. . . .

Reason or mysticism: These are our basic alternatives. One leads to knowledge, production, trade, prosperity, and social harmony. The other leads to ignorance, destruction, plunder, poverty, and unspeakable cruelty.
Click To Tweet

14. The foundational principles of reason—the laws of identity, causality, and non-contradiction—need not and cannot be proven, as they are the starting points of all proof. Indeed, they are stronger than proven, in that (a) all proofs derive from and depend on them, and (b) any attempt to deny them actually reaffirms them. For more on this point, see my essay, “Ben Shapiro Denies and Affirms the Law of Identity” (TOS, Summer 2017).

19. Quoted in Kaufmann, Critique of Religion and Philosophy, 305–7.

23. Sam Harris, The End of Faith: Religion, Terror, and the Future of Reason (New York: W. W. Norton, 2004), 41. Whether Harris holds that knowledge is a product of “intersubjective consensus,” I don’t know. But he is clear on this first point, “No human being has ever experienced an objective world, or even a world at all.” He also claims that there is no such thing as the “self,” that the “self” is an illusion, and it is unclear how knowledge could be a product of the individual’s mind if there is no individual self. But this is a conundrum for another day.

27. Rand, For the New Intellectual, 32. For more on Rand’s refutation of Kant’s attack on reason, see the full essay, “For the New Intellectual” in that same book; see also Rand, Introduction to Objectivist Epistemology; and Ayn Rand, “Faith and Force: The Destroyers of the Modern World,” in Philosophy: Who Needs It (New York: Penguin, 1984).