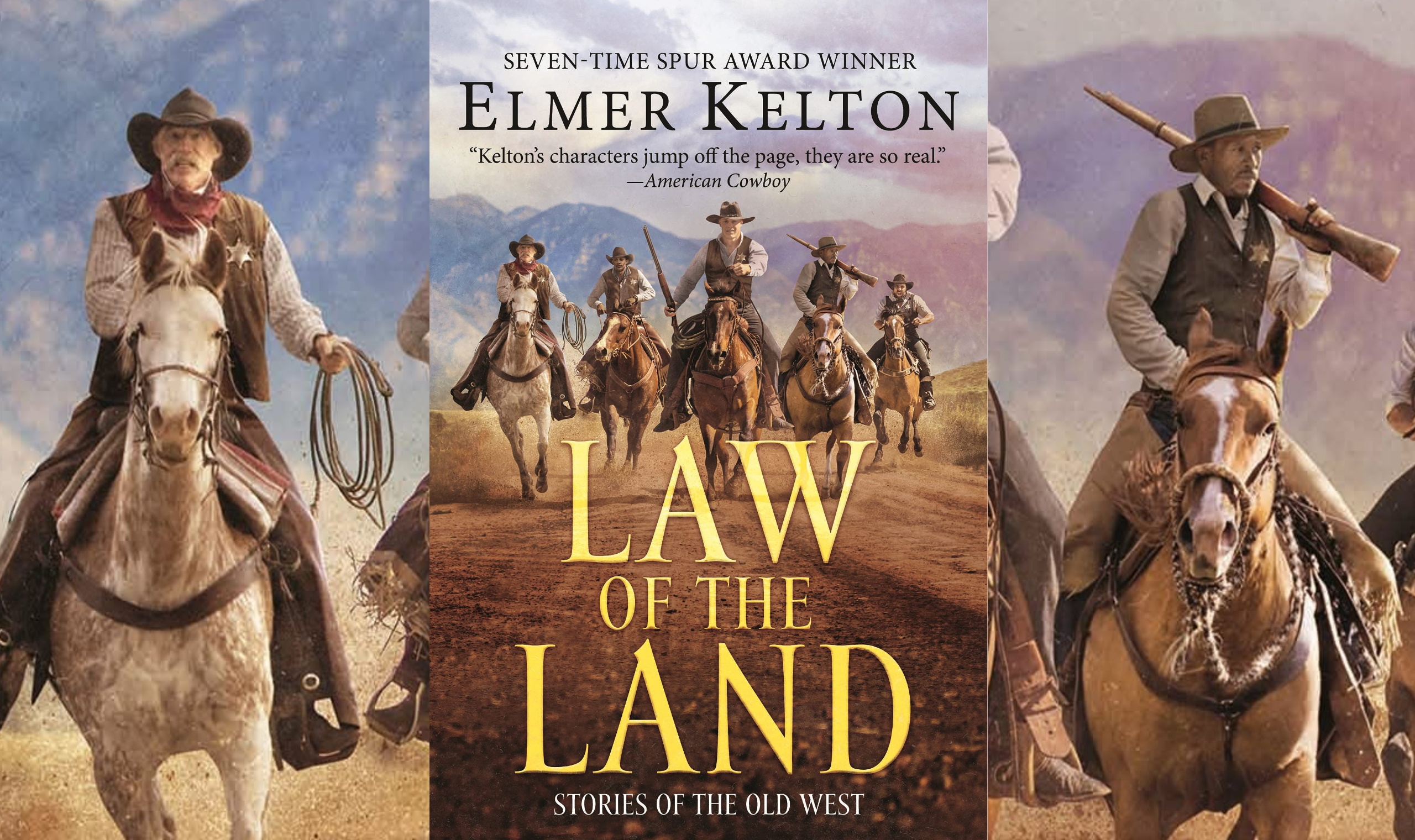 Law of the Land, by Elmer Kelton

The late Texas writer Elmer Kelton is well known to fans of Westerns. He was even named the “greatest Western writer of all time” by the Western Writers of America. Yet few among the broader reading public have ever heard his name. Whereas the nation’s leading literary critics gave renown to such authors as Larry McMurtry and Cormac McCarthy, they generally ignored Kelton, or regarded him as a merely regional or niche author, despite the fact that he wrote a half dozen of the best American novels of the 20th century.

That is a shame, and we should be grateful that Forge Books has been working to keep Kelton’s fiction available for readers interested in stories that exemplify the virtues that built the American West. Law of the Land is the fourth in a series of collections of Kelton’s short stories that Forge has published in recent years—the others being The Cowboy Way (2020), Hard Ride (2018), and Wild West (2017). Like the others, it combines some of his earliest work, which appeared in pulp magazines in the 1950s, with stories from the 1970s and 1980s that have never before been published.

One reason critics often ignored Kelton was that his novels celebrate the virtues of integrity, honor, hard work, and bravery, with none of the nihilism that pervades McCarthy’s books or the mournfulness that marks McMurtry’s. “Critics don’t read a Western unless the book is contemptuous of its subject matter,” Kelton once said.1 That may sound bitter, but it’s largely true. Beginning in the late 1960s, Westerns—which in the previous decade had been the most popular form of entertainment in America—gradually shifted away from the culturally confident, life-affirming tone so noticeable in, say, Shane or John Wayne movies, toward the ultraviolent existentialism found in The Wild Bunch and the “spaghetti Westerns.” Some authors, including McMurtry, remained true to the values of the classic Westerns, but depicted them in nostalgic or elegiac tones, implying that these values were obsolete or inherently futile. For Kelton, by contrast, the honesty, gallantry, and stubbornness of the frontier age remained as essential in the present as they ever were, and his chief masterpieces—The Time It Never Rained, The Day the Cowboys Quit, The Good Old Boys, Stand Proud, The Wolf and the Buffalo, and, to a lesser extent, The Man Who Rode Midnight—depict these principles as keys to the good life. . . .

One reason critics often ignored @ElmerKelton was that his novels celebrate the virtues of integrity, honor, hard work, and bravery, with none of the nihilism or mournfulness that mark other Western authors.
Click To Tweet

View all articles by Timothy Sandefur →
Letter to the Editor
Lucifer, Written by Tom Kapinos and Joe HendersonEnvironmentalists Show Their Disregard for Human Life

4. S. C. Gwynne’s magnificent 2010 book Empire of the Summer Moon provides a fascinating and chilling depiction of the ferocity and influence of the Comanche empire. Readers will appreciate how accurately Kelton’s Comanche novels depict the details of the tribe’s culture.