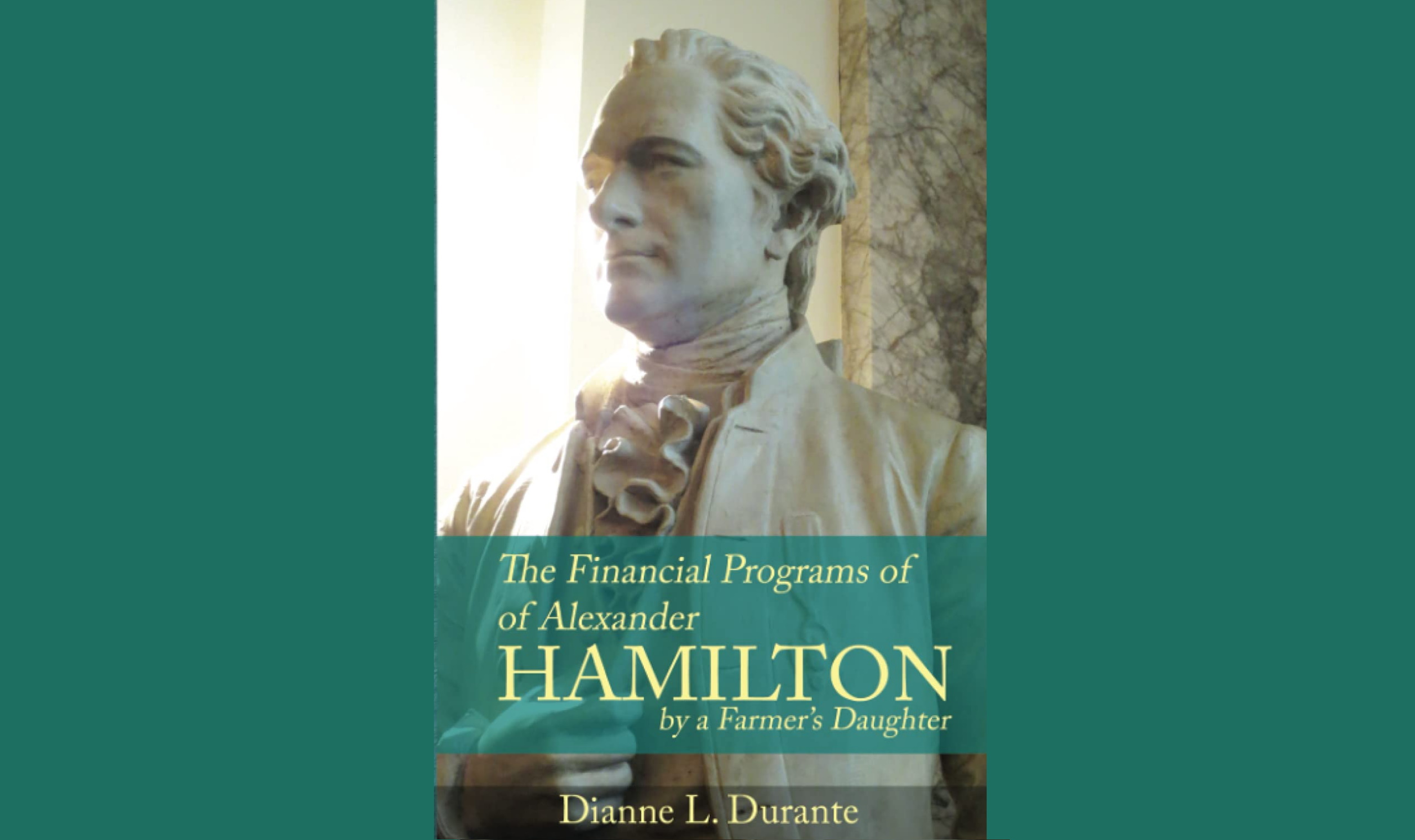 The Financial Programs of Alexander Hamilton, by a Farmer’s Daughter by Dianne L. Durante

Durante asks, “In late 1789, what would the man who cornered Secretary Hamilton in a tavern, or the woman who sat across from him at a dinner party, tell Hamilton he urgently needed to fix? How did Hamilton’s programs address these crises?” (5). Answering these questions, Durante writes as if addressing an 18th-century farmer. This unique literary device enables her to show the impact of Hamilton’s policies on the lives and livelihoods of the contemporary farmer who—given the myriad problems he was enduring—was probably wondering whether the revolution he had just fought was worth it. In the late 1780s, it may not have seemed that way, as America found itself ensnared in a nearly inextricable mess of problems that Durante refers to as a Gordian knot.

This knot consists of five intertwined problems, none of which could be solved in isolation. Someone needed to come along and cut through the whole thing. That person, it turns out, was Hamilton.

Seven Reasons Why the Aviation Industry Is a Wonderful ThingJoin TOS and OSI in Colorado for TOS-Con 2022!

1. The U.S. government owed $79 million, equivalent to $1.7 billion in today’s money, a huge amount for a young country with only four million inhabitants.

2. Ironically, as president, Jefferson was able to benefit from Hamilton’s policies when he discovered that the United States had sufficient credit to pay for the Louisiana Purchase in 1803 by borrowing $15 million ($325 million in today’s dollars).

4. In his Notes on the State of Virginia (1784), Query XIX, Jefferson says, “Those who labour in the earth are the chosen people of God.” “While we have land to labour then, let us never wish to see our citizens occupied at a work-bench, or twirling a distaff.” “[F]or the general operations of manufacture, let our work-shops remain in Europe. It is better to carry provisions and materials to workmen there, than bring them to the provisions and materials, and with them their manners and principles.” In later writings, Jefferson adopted a more conciliatory attitude toward manufacturing, particularly in regard to national defense.

5. See “Introductory Note: Report on Manufactures,” Founders Online, for a discussion of the intellectual influences on Hamilton. Footnote 13 provides sources that discuss Hamilton’s reliance on Smith.

6. Smith advocated what is often called the “night watchman state.” He believed the government should protect individual rights via the military, courts, and police, but he also allowed for a very limited role for the government in building and maintaining certain essential infrastructure, such as lighthouses and roads. The latter role for government goes beyond what a strictly laissez-faire government would do. See Ayn Rand, “What Is Capitalism?,” in Capitalism: The Unknown Ideal for a full discussion of laissez-faire capitalism.