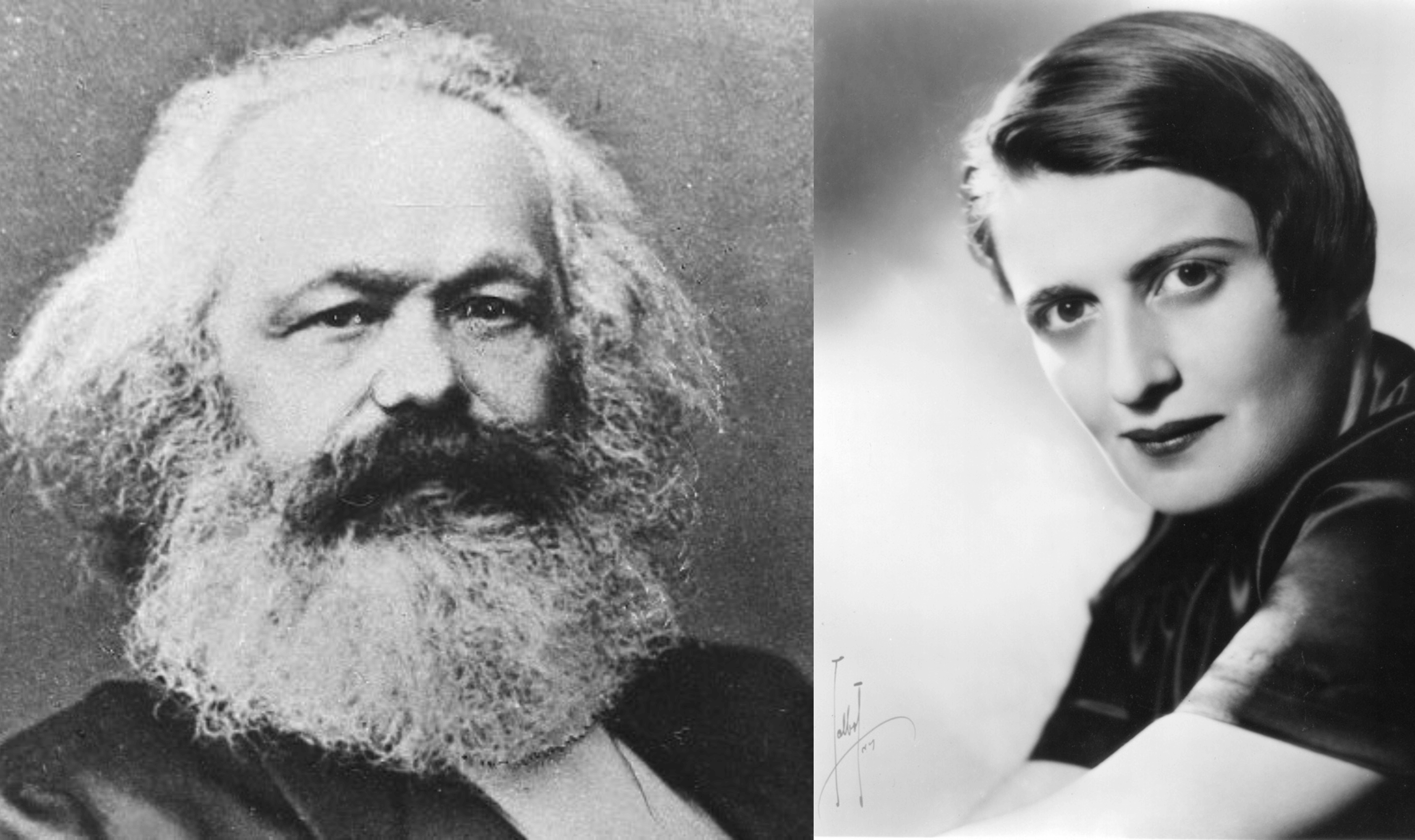 Why Universities Should Teach Ayn Rand Alongside Karl Marx

Author’s note: This piece is republished with permission from Foundation for Economic Education. It is dedicated to the Venezuelan students I recently met, whose schools teach Marxism while their country sinks beneath a tyrant who practices it.

Aside from a few writing manuals, the book assigned in more college classes today than any other is Karl Marx’s The Communist Manifesto. This is a problem.

Aside from a few writing manuals, the book assigned in more college classes today than any other is #KarlMarx’s #CommunistManifesto. This is a problem. pic.twitter.com/f0bpb36wq0

Studying The Communist Manifesto and the things it led to in practice is monumentally important to understanding the history of the 20th century—not because it worked but because it was so destructive. College students ought to learn what ideas animated Russia’s Bolshevik Revolution and led to the deaths of tens of millions under Lenin and Stalin. They ought to learn what ideas precipitated Mao’s “Great Leap Forward”—and thereby caused the deaths of tens of millions of Chinese people. They ought to hear how these ideas inspired Pol Pot and his Khmer Rouge to kill millions of Cambodians. It is urgent that students learn that those acting on Marx’s ideas killed roughly 100 million people during the last century. It is vital they know that those continuing to act on The Communist Manifesto today are still racking up communism’s death count.

But this is not the focus of most lessons on Marxism. Insofar as professors endorse Marxist presuppositions and prescriptions, they do their students—and the world—a tremendous disservice.

If professors want to prepare students for the real world, they should continue teaching The Communist Manifesto. But they should teach it alongside a book that empowers students to see its grievous faults—Ayn Rand’s Atlas Shrugged. . . .

View all articles by Jon Hersey →
Letter to the Editor
Touching the Art: A Guide to Enjoying Art at a Museum by Luc TraversThe Spirit of Flight 93
Return to Top