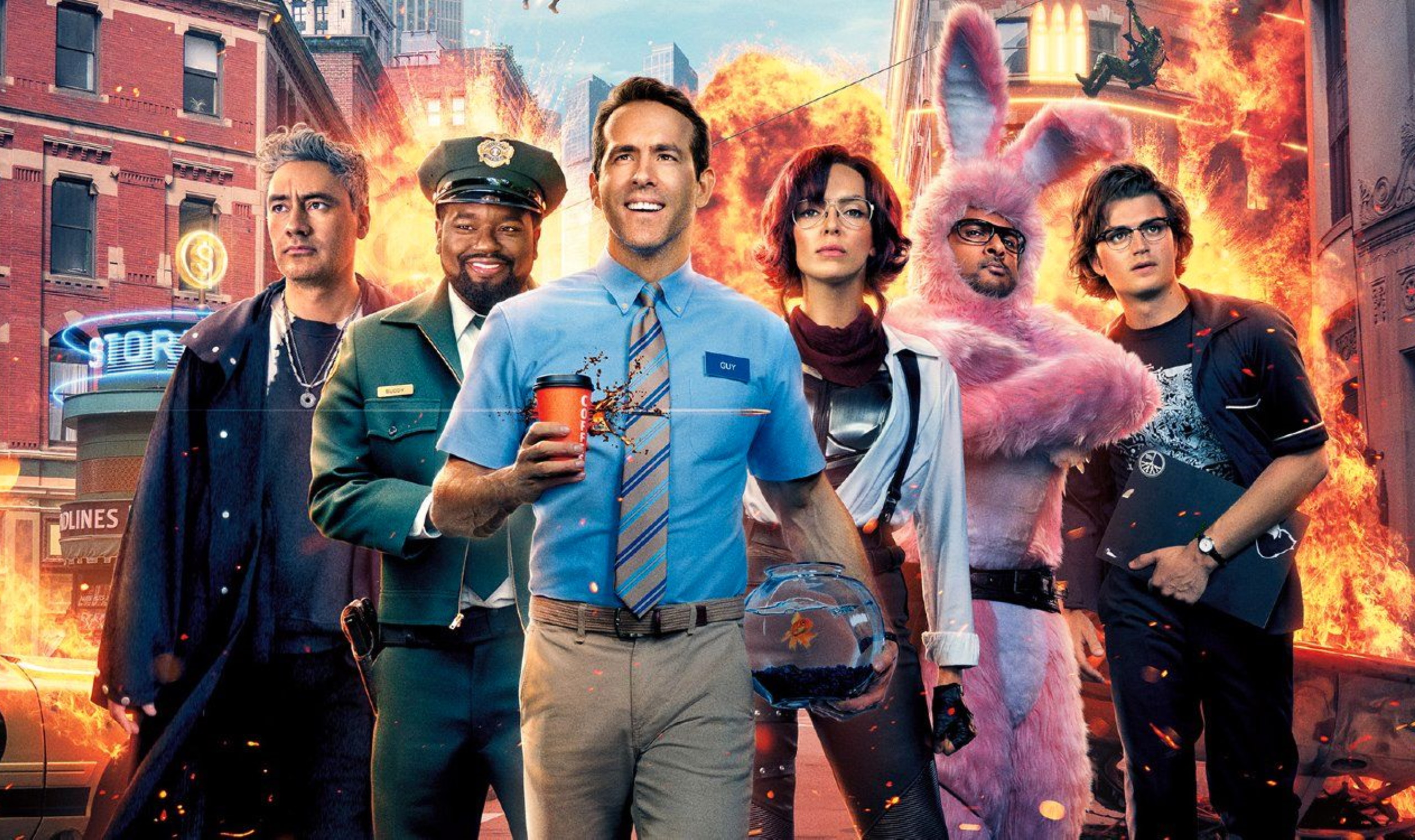 At first glance, Free Guy might not seem like a particularly interesting or original movie. It stars Ryan Reynolds (who also produced it) as Guy, a computer-controlled character in a Grand Theft Auto-style online video game titled “Free City.”1 At first, he follows his programming, but then he begins to develop his own identity and starts making choices and acting as an independent person. Meanwhile, in the real world, Minnie (Jodie Comer) and Keys (Joe Keery, of Stranger Things fame) battle to prove that the code underlying the game was stolen from them and used without their permission.

Comparisons with Ready Player One (2018) are almost unavoidable. Both films feature a young man and woman who enter a virtual world on a mission to take back control of the game from a money-hungry CEO who got ahold of it illegitimately. Whereas that is pretty much a complete synopsis of Ready Player One, it is only one part of Lieberman and Penn’s much deeper and more interesting story. Ready Player One, a book adaptation, relies on nonstop pop-culture references to keep viewers excited, but Free Guy limits that to a few fun scenes. The bulk of the movie is propelled by a compelling, original story (a rare thing in today’s movie landscape) with well-written, well-acted characters and a powerful theme, as well as a delightful dose of humor.

The theme is what makes this movie really noteworthy. . . .

View all articles by Thomas Walker-Werth →
Letter to the Editor
OSI, PragerU, and Sales of Atlas ShruggedTouching the Art: A Guide to Enjoying Art at a Museum by Luc Travers

1. Guy is referred to as an NPC or “non-player character” (i.e., a character in the game who is controlled by the system, not by a human player).